The Weekender: Ninjas vs. Ballerinas 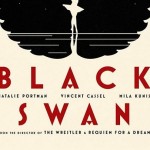 Black Swan
Starring Natalie Portman, Mila Kunis, Barbara Hershey
Written by Mark Heyman and Andres Heinz and John McLaughlin
Directed by Darren Aronofsky
Hands down, this is the movie I’m most excited about for the holiday season. To put it another way, this is the most pumped I’ve been for a movie since Inception. Yeah, I’m that far on the edge of my seat. But don’t ask me to pitch you what this movie’s about. I’ve seen the trailer countless times, and I still can’t tell you anything beyond the basic framework: An obsessive dancer (Portman) is competing for the titular role in Swan Lake, though she faces manipulation from her hyper-sexual director (Vincent Cassel), frustration from her overbearing mom (Hershey) and competition from a sexy new rival (Kunis). As she thrusts herself into the role, she slips further into madness. Is it all in her head, or is something evil haunting her? 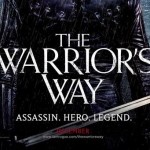 The Warrior’s Way
Starring Dong-gun Jang, Kate Bosworth, Geoffrey Rush
Written and directed by Sngmoo Lee
I call releases like this “John McEnroe movies” because in my head–and sometimes out loud–I yell, “You cannot be serious!” In this rip-off of countless other ninja pictures, one warrior refuses to kill a rival gang member and is branded a traitor. So he goes on the lam. But here’s the twist: he hides out in a Western ghost town, complete with saloons, horses and ladies in corsets and petticoats. Yes, that’s right. Cowboys vs. ninjas, all filmed on a green screen. Let the Razzie nominations commence!