The Weekender: ‘Most’ Wanted

A Most Violent Year
Though it came up empty at the Oscars, JC Chandor’s third film might be his best yet, expanding his scope to 1981 New York and the dirt that gets on everyone hands even when trying to run a clean business. Oscar Isaac and Jessica Chastain are at the peak of their powers right now. 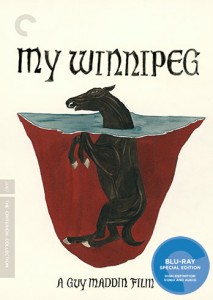 My Winnipeg [The Criterion Collection]
Guy Maddin’s phantasmagorical tribute/dismissal of his hometown is one of the best movies you’ll ever see, even if it eschews anything approaching convention.

This entry was posted in Film, Previews and tagged boy next door, mortdecai, most violent year, still alice, strange magic. Bookmark the permalink.