The Weekender: Mediocrity is contagious

Note: I’m still fidgeting with how much information (and how many movies) to mention each week. Let me know what you like—and what you don’t—in the comments and on Twitter (@kipjmooney). Use the hashtag #weekender when replying. 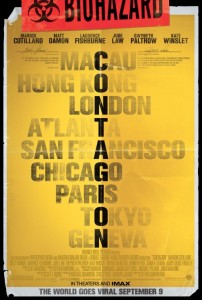 Contagion (PG-13)
Starring Matt Damon, Kate Winslet, Jude Law
Written by Scott Z. Burns
Directed by Steven Soderbergh
The three actors listed there are just a sampling of the top-shelf talent on board for Soderbergh’s Outbreak for the Internet age. Damon’s wife (Gwyneth Paltrow) brings home the virus from China and then it spreads rapidly, causing a worldwide descent into fear. Soderbergh’s previously helmed big-budget fall tentpoles (the Ocean’s series), but remember his significant indie output. What I’m saying is there will probably be plenty of stretches of people talking over each other. Which is not a bad thing, per se, just don’t go in expecting anything slick.
IN WIDE RELEASE (in IMAX at Cinemark Dallas) 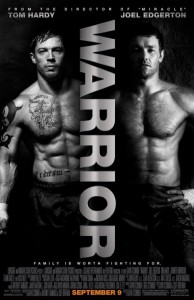 Warrior (PG-13)
Starring Tom Hardy, Joel Edgerton, Nick Nolte
Story by Gavin O’Connor & Cliff Dorfman
Screenplay by Gavin O’Connor & Anthony Tambakis & Cliff Dorman
Directed by Gavin O’Connor
Early reviews are solid for this allegedly inspirational brother-vs.-brother fighting flick, with some going so far as to favorably compare it to Rocky and The Fighter. But while I’m a big fan of Tom Hardy (check him out in Bronson) and thought O’Connor’s last outing—the family-of-cops thriller Pride and Glory—was more than adequate, it would take some sort of supernatural event to muster even the slightest bit of enthusiasm for mixed martial arts. And since that’s the movie’s hook, I feel the same about the film.
IN WIDE RELEASE 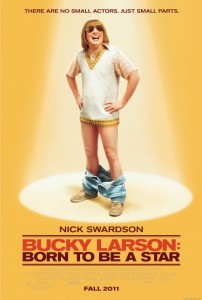 Bucky Larson: Born to Be a Star (R)
Starring Nick Swardson, Don Johnson, Christina Ricci
Written by Adam Sandler & Allen Covert & Nick Swardson
Directed by Tom Brady
Like Rob Schneider and Allen Covert before him, Swardson is reduced to picking up Adam Sandler’s table scraps. Here, he’s the nerdy son of two former adult film stars. Zaniness ensues as he travels to Southern California to make it big (Get it?! Ehh?), following in his parents’ footsteps.
IN WIDE RELEASE 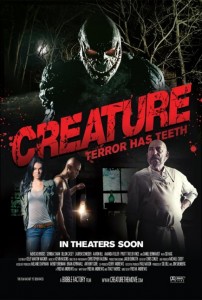 One Response to The Weekender: Mediocrity is contagious