The Weekender: Living in ‘Oblivion’

Oblivion (PG-13)
Starring Tom Cruise, Olga Kurylenko, Morgan Freeman
Written for the screen by Joseph Kosinski and Karl Gajdusek and Michael Arndt
Directed by Joseph Kosinski
Something of a pet project for Kosinski, it appears this sci-fi about a satellite repairman on a post-apocalyptic Earth (Cruise) who discovers a band of survivors will be a lot like his last film TRON: Legacy – gorgeous visuals, great soundtrack but a lot to be desired in the story department. I hope I’m proven wrong.

The Lords of Salem (R)
Starring Sheri Moon Zombie, Bruce Davison, Jeffrey Daniel Phillips
Written and directed by Rob Zombie
Considering his own roots as a musician, it’s not surprising Rob Zombie is the most punk-rock of today’s horror records. Even if his Halloween remakes were far too by-the-numbers, he still has the power to surprise. This original stars his wife as a DJ who accidentally summons a coven of witches to town.

Read more about movies opening in limited release after the jump…

To the Wonder (R)
Starring Ben Affleck, Olga Kurylenko, Javier Bardem
Written and directed by Terrence Malick
Terrence Malick’s quickest follow-up ever has gotten decidedly mixed reviews, but geniuses can often be misunderstood. His bare framework should never be confused for a lack of depth.
PLAYING AT BOTH ANGELIKAS

From Up on Poppy Hill (PG)
Starring the voices of Sarah Bolger, Anton Yelchin, Gillian Anderson
Written for the screen by Hayao Miyazaki and Keiko Niwa
Directed by Goro Miyazaki
The Miyazakis deliver a film about high-school journalism (and also poetry and the beauty of the natural world)? I’m so in.
PLAYING EXCLUSIVELY AT CINEMARK WEST PLANO

Gimme the Loot (NR)
Starring Tashiana Washington, Ty Hickson, Zoe Lescaze
Written and directed by Adam Leon
This comedy about New York graffiti artists has been making waves in the arthouse after showings at Cannes and SXSW. It finally comes to Dallas this week.
PLAYING EXCLUSIVELY AT ANGELIKA DALLAS 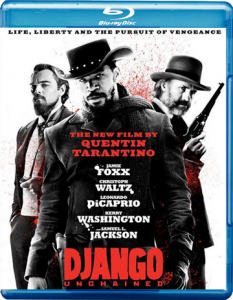 Django Unchained (89%)
Though it currently sits at or near the bottom in my evaluation of Quentin Tarantino’s career, this is still one of the better films of 2012, which was quite a good year for film indeed. Yes, it’s a little long and self-indulgent, but the quartet of actors are uniformly excellent. (In Foxx’s and Jackson’s case, I would argue they’re giving their best performances to date.) If you enjoy QT’s style at all, you’ll find a wealth of treasures here, as did I.

This entry was posted in Film, Previews and tagged ben affleck, from up on poppy hill, gimme the loot, hayao miyazaki, lords of salem, oblivion, rob zombie, shane carruth, to the wonder, tom cruise, upstream color. Bookmark the permalink.