The Weekender: I’ll prepare you for a sick ‘Dark World’

Thor: The Dark World (PG-13)
Starring Chris Hemsworth, Natalie Portman, Tom Hiddleston
Screen story by Don Payne and Robert Rodat
Screenplay by Christopher L. Yost and Christopher Markus & Stephen McFeely
Directed by Alan Taylor
I was pleasantly surprised by the first film, which I was expecting to be terrible. In theory, I’m more excited about this one, but early reviews indicate it’s hampered by endless exposition. No thanks.

Dallas Buyers Club (R)
Starring Matthew McConaughey, Jennifer Garner, Jared Leto
Written by Craig Borten & Melisa Wallack
Directed by Jean-Marc Vallée
Matthew McConaughey continues his tremendous run, and this one’s certain to end with an Oscar nomination. He stars as Ron Woodroof, the Dallas partier who started a program for HIV-positive men like him to get the drugs they needed that weren’t yet available in the U.S. It’s sure to be inspirational but not quite a classic.
PLAYING AT ANGELIKA DALLAS

Great Expectations (PG-13)
Starring Jeremy Irvine, Helena Bonham Carter, Ralph Fiennes
Written for the screen by David Nicholls
Directed by Mike Newell
I’ll wait ’til someone’s kid gives me a synopsis from their AP English class. Even the BAFTA Awards only gave a nomination for its costume work last year.
PLAYING AT BOTH ANGELIKAS

Muscle Shoals (NR)
Directed by Greg “Freddy” Camalier
Another rockumentary on a legendary recording studio. Probably not as enlightening as actually listening to recordings from there.
PLAYING EXCLUSIVELY AT THE TEXAS THEATRE 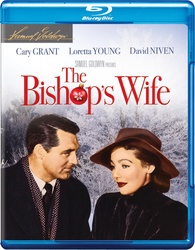 The Bishop’s Wife
Not exactly a Christmas staple in the Mooney household, but one we still pull it out occasionally. The cast is tremendous and even if it’s not in the upper echelon of Christmas movies, it’s still a holiday delight.

Blu-ray: The Best Man, The Best Years of Our Lives, East of Eden, Giant, The Hobbit: An Unexpected Journey (Extended Edition), Mickey’s Christmas Carol*, My Name is Nobody, Oldboy, Rebel Without a Cause, Scrooged, Surviving Christmas, The Three Faces of Eve, Twilight Forever [Box Set], The Right Stuff*