The Weekender: Harry Potter and the Magic of Making Money 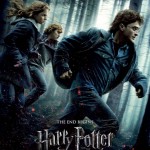 Harry Potter and the Deathly Hallows, Part I
Starring Daniel Radcliffe, Rupert Grint, Emma Watson
Written for the screen by Daniel Kloves
Directed by David Yates
I’m so conflicted with this series now. After Order of the Phoenix proved to be the series’ best film, Half-Blood Prince sullied all that good will by focusing on Ron’s love life. Give me a break. I’ll still see it, but it doesn’t help that Warner Bros. is splitting the final film into two segments–with part two in 3-D! It all feels like a shameless cash grab. Hardly a fitting beginning of the end for a series that way too many people claim “defines a generation.” 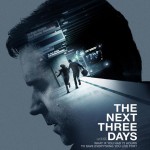 The Next Three Days
Starring Russell Crowe, Elizabeth Banks, Liam Neeson
Written for the screen and directed by Paul Haggis
I’m a big defender of Haggis’ work (except Quantum of Solace) and still agree that Crash was the Best Picture of the five nominees that year. But I feel that a pulpy prison-break thriller is hardly the type of project the high-minded, socially conscious filmmaker needs to be making at this point. I’d like to think maybe he’s just cutting loose, but at two-plus hours, he probably doesn’t have what his writing’s needed all along: a good editor.