Wanderlust (R)
Starring Jennifer Aniston, Paul Rudd, Malin Akerman
Written by David Wain, Ken Marino
Directed by David Wain
At first I was sad to see this move from its October release date, worried Universal was hiding a stinker. But I’m still as excited as can be for David Wain’s follow-up to Role Models. Aniston and Rudd star as uptight New York yuppies who pack up for a road trip after Rudd loses his job, only to end up at a free-spirited commune. The cast, including Kathryn Hahn, Jordan Peele and alums from The State are frequently hilarious and I’m loving the late-era roles of nervous leading man and hot, uninhibited leading lady of Rudd and Aniston, respectively.

Gone (PG-13)
Starring Amanda Seyfried, Jennifer Carpenter, Wes Bentley
Written by Allison Burnett
Directed by Heitor Dhalia
No other non-sequel released so far this year has looked this bad. Not Contraband, not Joyful Noise, and maybe not even One for the Money. Fifteen years ago, Ashley Judd could have possibly pulled off something like this. But not now, not Amanda Seyfried. She can play a lot more roles than her films would suggest, but “determined fighter” is not one of them. Here, she plays a kidnapping victim who escaped only to find her sister also in the killer’s clutches. The cops don’t believe her, but she WILL track the bad guy down!

Act of Valor (R)
Starring Alex Veadov, Roselyn Sanchez, Nestor Serrano
Written by Kurt Johnstad
Directed by Mike McCoy & Scott Waugh
While I’m all about movies being independently financed, I’m not so hot on movies that tie too closely with the U.S. military. That’s because there’s a big conflict of interest that compromises artistic vision. The Navy had final cut, so you can imagine anything that portrays them in anything less than glowing light was nixed. So this film about Navy SEALs, starring Navy SEALs , could be a gripping thriller but it just comes across as the world’s most expensive recruitment ad.


Kill List (NR)
Starring Neil Maskell, Michael Smiley, Emma Fryer
Written by Ben Wheatley, Amy Jump
Directed by Ben Wheatley
A festival hit, this violent thriller about hitmen could be a sleeper at the box office, but it’s more likely to develop a cult following once it hits video soon.
PLAYING EXCLUSIVELY AT THE TEXAS THEATRE

Bullhead (R)
Starring Matthias Schoenaerts, Jeroen Perceval, Jeanne Dandoy
Written and directed by Michael R. Roskam
One of this year’s Oscar nominees for Best Foreign Language Film, Bullhead finds a young farmer caught up in Belgium’s notoriously corrupt beef trade. Word is it’s a tough, challenging, brutal film. But one that still doesn’t have a prayer of beating A Separation on Sunday.
PLAYING EXCLUSIVELY AT THE TEXAS THEATRE 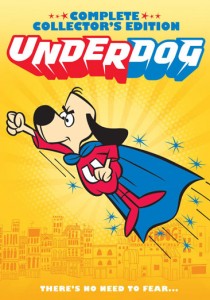 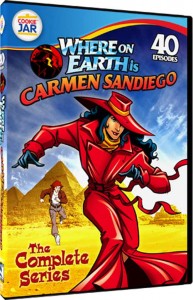 Underdog (Complete Series) / Where on Earth is Carmen Sandiego? (Complete Series)
Hooray for nostalgia! Two of my favorite shows growing up are now in complete collections to relive the simple times, when I’d come home from school and grab some horrifying but delicious snack (like Gushers or an Oatmeal Cream Pie) and lay on the floor in front of the TV. I’m not sure exactly how well these hold up, but they’re definitely better than most kids’ shows.

Criterion: Anatomy of a Murder, World on a Wire