Skyfall* (PG-13)
Starring Daniel Craig, Javier Bardem, Judi Dench
Screenplay by Neal Purvis & Robert Wade and John Logan
Directed by Sam Mendes
No hyperbole here. This is simply the best Bond movie ever. It’s thrilling, gorgeous and often hilarious, without becoming cheesy or a slog. Unsurprisingly, Javier Bardem is the best villain the series has ever had. Look for a review soon.

A Late Quartet (R)
Starring Philip Seymour Hoffman, Christopher Walken, Catherine Keener
Written by Seth Grossman & Yaron Zilberman
Directed by Yaron Zilberman
Who’s the fourth guy? No one you’ve heard of, but it could be Pauly Shore and this movie would still be worth seeing because the three top-billed stars are that good. Expect another artistic movie about life and loss in the vein of A Prairie Home Companion.
PLAYING AT BOTH ANGELIKAS

Café de Flore (NR)
Starring Vanessa Paradis, Kevin Parent, Helene Florent
Written and directed by Jean-Marc Vallée
A hit in its native Canada, Café de Flore tells two parallel stories. One in the modern day about a Montreal boy with Down syndrome and his family, the other about a DJ in 1960s Paris. This stylish film was nominated for 13 Genie Awards (the Canadian Oscars).
PLAYING AT THE ANGELIKA DALLAS 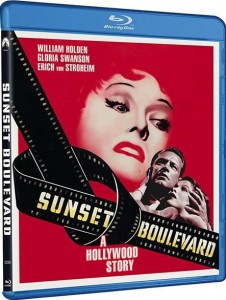 Sunset Boulevard
One of the classics in a career filled with them, Billy Wilder’s hilarious and disturbing take on a fading silent star is one of the all-time best film noirs and Hollywood satires. Gloria Swanson is absolutely harrowing as the obsessive Norma Desmond. If you’ve never seen this Oscar winner, it’s ready for its close-up on Blu-ray. Pick it up.