The Weekender: Does that make me ‘Crazy’? 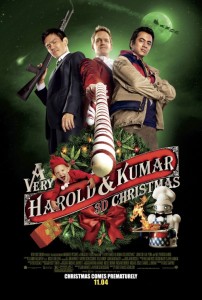 A Very Harold & Kumar 3D Christmas (R)
Starring John Cho, Kal Penn, Danny Trejo
Written by Jon Hurwitz & Hayden Schlossberg
Directed by Todd Strauss-Schulson
Their trip to White Castle was a subtly brilliant stoner classic. Their Escape from Guantanamo Bay lost its satirical edge in favor of bigger gross-out gags that weren’t all that funny, despite some truly inspired moments and a career-best performance from Rob Corddry. But I’m all in for this holiday extravaganza, which is sure to feature the best exploitation of 3-D since Piranha. 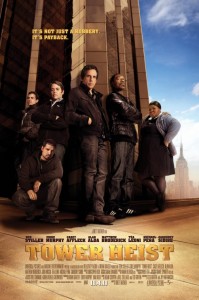 Tower Heist (PG-13)
Starring Ben Stiller, Eddie Murphy, Matthew Broderick
Story by Adam Cooper & Bill Collage and Ted Griffin
Screenplay by Ted Griffin and Jeff Nathanson
Directed by Brett Ratner
This timely comedy from Brett Ratner (the Rush Hour series, and, uh, X-Men: the Last Stand) with the stupidly obvious title stars Ben Stiller and Eddie Murphy as part of a crew that seeks to rob an investment banker (Alan Alda) who swindled their savings in a Ponzi scheme. Hilarity maybe ensues. The screenwriters, like Ratner, have just as many highlights as lowlights. 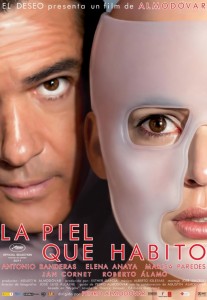 The Skin I Live In (R)
Starring Antonio Banderas, Elena Anaya, Jan Cornet
Written for the screen and directed by Pedro Almodóvar
Almodóvar goes horror! Loosely based on Thierry Jonquet’s novel Tarantula, Banderas (reuniting with the director for the first time since Tie Me Up! Tie Me Down!) stars as a surgeon obsessed with creating a flame-retardant skin. His obsession drives him to kidnapping, murder and torture. Almodóvar is one of the greatest living directors and here he presents his first thriller since 1997’s Live Flesh. It’s only too bad this one didn’t come to Dallas in time for Halloween.
PLAYING AT BOTH ANGELIKAS 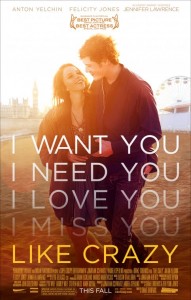 Like Crazy (PG-13)
Starring Felicity Jones, Anton Yelchin, Jennifer Lawrence
Written by Drake Doremus, Ben York Jones
Directed by Drake Doremus
Critics are split right down the middle on this Sundance award-winner. Half found its depiction of first love and long-distance relationships heart-breaking, and heaped praise on Felicity Jones’s performance. They long for the characters to get back together. The other half found it an insufferable, pretentious slog about two entitled little hipsters and their troubled romance. They long for the characters to stay away from each other and move on. Now, I’m conflicted myself.
PLAYING EXCLUSIVELY AT THE ANGELIKA DALLAS 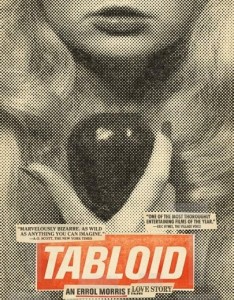 Tabloid (92%)
Some critics weren’t quite as enthusiastic about Errol Morris’s latest documentary simply because it didn’t deal with the heavy topics he’d covered in Standard Operating Procedure, the Fog of War and the Thin Blue Line. But that’s no reason to avoid the most entertaining movie of the year. Joyce McKinney is the star subject and one of cinema’s most fascinating characters. She’s the blonde bombshell who was accused of kidnapping a Mormon missionary and “de-brainwashing” him with her sexual prowess. What actually happened on that weekend in 1977 is almost irrelevant as Morris simply spends as much time with the oft-hilarious McKinney as possible and interviews the tabloid reporters who uncovered the many lurid details from the past of a woman who, until this incident, had a squeaky-clean reputation.

Blu-ray: The Big Country, A Christmas Carol (1951), Confessions of a Dangerous Mind, Cop Land, The Grateful Dead Movie, Hook, The Phantom of the Opera (1925), Quigley Down Under, Scrooged, The Taking of Pelham One Two Three (1974)