The Weekender: After ‘Midnight,’ we gonna let it all hang out

The Internship (PG-13)
Starring Vince Vaughn, Owen Wilson, Rose Byrne
Story by Vince Vaughn
Screenplay by Vince Vaughn and Jared Stern
Directed by Shawn Levy
Product placement reaches its inevitable nadir as Shawn Levy directs its two former A-listers as salesmen demoted to competing with a bunch of MBAs for an internship at Google. There’s some real-world pain about jobless men that could possibly creep into the proceedings, but this seems like a lot of tired jokes about those crazy kids today with their social media.

The Purge (R)
Starring Ethan Hawke, Lena Headey, Max Burkholder
Written and directed by James DeMonaco
Is this really happening? Am I actually somewhat excited for a horror movie? Ethan Hawke is creating a nice little niche for himself as the Horrified Father Protecting His Kids (see also: Sinister). He plays the patriarch trying to save his family during a home invasion. Count me in for once.

Before Midnight (R)
Starring Julie Delpy, Ethan Hawke, Xenia Kalogeropolou
Screenplay by Richard Linklater & Julie Delpy & Ethan Hawke
Directed by Richard Linklater
One of my most anticipated films of the year, and the only sequel I’m really jazzed about, is the continuing saga of Jesse and Celine, who first crossed paths 18 years ago in Vienna in Before Sunrise and reunited in Paris in Before Sunset. The former is a great indie ’90s drama, but the latter is a devastating portrayal of two people whose lives didn’t turn out as they hoped. I’m hoping the tone is just a little bit lighter this time, but I’m excited for whatever I see.
PLAYING AT ANGELIKA PLANO and THE MAGNOLIA

The Kings of Summer (R)
Starring Nick Robinson, Gabriel Basso, Moises Arias
Written by Chris Galletta
Directed by Jordan Vogt-Roberts
Coming-of-age films can be a dime a dozen, but buzz has been strong for this Sundance hit. The cast also includes my No. 1 celebrity crush Alison Brie and everyone’s favorite off-beat couple Nick Offerman and Megan Mullally.
PLAYING AT ANGELIKA DALLAS

The East (PG-13)
Starring Brit Marling, Alexander Skarsgård, Ellen Page
Written by Zal Batmanglij & Brit Marling
Directed by Zal Batmanglij
The writer-director-star nucleus from The Sound of My Voice returns to tell another story about people with questionable ethics. Marling stars as a counter-terrorist who infiltrates an anarchist group and finds herself drawn to the group’s leader (Page). So it’s basically Point Break at Anthropologie.
PLAYING AT ANGELIKA DALLAS and CINEMARK WEST PLANO

In the House (NR)
Starring Fabrice Luchini, Ernst Umhauer, Kristin Scott Thomas
Written for the screen and directed by Francois Ozon
Things take a turn for the mysterious in this French dramedy when a boy’s literary prowess catches his teacher’s eye.
PLAYING AT ANGELIKA DALLAS

Oak Cliff Film Festival
The second annual fest got some major independent releases, including Drinking Buddies, a collage of shorts that inspired Batman, a remastered print of McCabe and Mrs. Miller and a doc on jailed punk band Pussy Riot.
EXCLUSIVELY AT THE TEXAS THEATRE 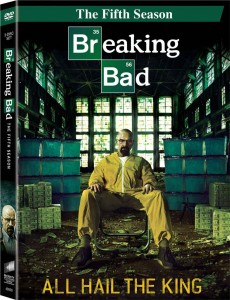 Breaking Bad (Season 5)
How does a show that just produced two all-time great seasons keep the story going? By plunging deeper into the now-black heart of Walter White. His lust for power is insatiable now and it’s thrilling to watch. The show returns for its final episodes in August.