The Weekender: After ‘Darkness,’ Light

Star Trek into Darkness (PG-13)
Starring Chris Pine, Zachary Quinto, Benedict Cumberbatch
Screenplay by Roberto Orci & Alex Kurtzman & Damon Lindelof
Directed by J.J. Abrams
I think Star Trek holds up better than any recent blockbuster. Everyone involved has a lot to live up to, so I’m just going to temper my expectations accordingly.

The Iceman (R)
Starring Michael Shannon, Ray Liotta, Winona Ryder
Written for the screen by Morgan Land and Ariel Vroman
Directed by Ariel Vroman
Shannon channels his inner badass as notorious killer Richard Kuklinski. If it succeeds, it could be something as great as The Informant, but with more murders.
PLAYING AT BOTH ANGELIKAS 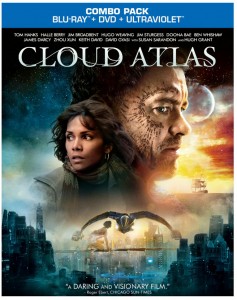 Cloud Atlas (68%)
Yes, it’s long. Yes, not every actor is suited for all the roles he/she is given to play. Yes, it’s a little confusing. But when everything clicks in this epic (which is often), it’s one of the greatest films ever made. The Wachowskis’ grand ambition and scope is evident onscreen, but it wouldn’t matter if they hadn’t pulled it off so beautifully.

Blu-ray: Brave New World, Crimewave, The Miracle of the Bells, The Unbelievable Truth