Hard to believe it’s been a decade already since Friends, easily one of the most popular shows of all time, aired its last episode. At the time, it was an emotional resolution to all that had come before it, but in retrospect feels like the most indulgent bit of fan service ever produced. So here’s my highly subjective list of the best episodes of the show, which peaked in Season Five and only went downhill from there. Disagree away! 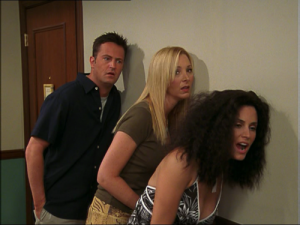 10. “The One in Barbados” (Season 9, Episodes 23 & 24)
One of the only latter-season episodes worth watching is this two-part finale set in Barbados (even though it squanders its location/betrays its life as a multi-cam set). Guest star Aisha Tyler proves to be yet another great match for Ross that’s not Rachel. Her break-up with Joey is one of the show’s best moments because it frees up Joey to pursue Rachel (also a better fit). Too bad this got jettisoned for Season 10. Oh, and let’s not forget the always-welcome Paul Rudd as Phoebe’s too-good-at-ping-pong boyfriend Mike. There’s also Monica’s crazy hair and Ross’s creepy colleagues and the fact that Chandler has seen Miss Congeniality so many times he can identify it through a wall. This was the show firing on all cylinders, a rare occurance at its age. 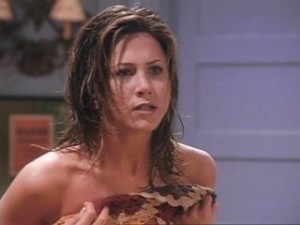 9. “The One with the Boobies” (Season 1, Episode 13)
The best episode of its scattershot first season features the nudity gags, but it stands out for its tender scenes with Joey and his parents, whom he eventually realizes aren’t the greatest. This show, especially in its earlier seasons, was about growing up, like a broader Girls even (except funnier and less annoying). The secret weapon is Fisher Stevens as Phoebe’s insufferable boyfriend Roger. 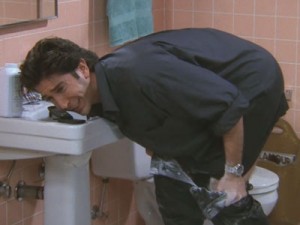 8. “The One with All the Resolutions” (Season 5, Episode 11)
Seeing Chandler trying to force himself to not be sarcastic is a feat of both physical and verbal humor, and that’s well before we even get to Joey’s helpful suggestion that Ross make a pair of “paste pants.” Phoebe’s meltdown at Joey for learning how to actually play the guitar is one of her best moments. 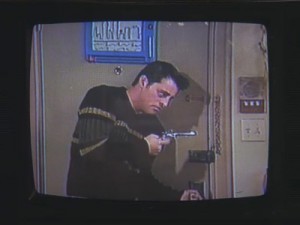 7. “The One Where Ross Can’t Flirt” (Season 5, Episode 19)
The two major plots of this episode are so outrageously funny that I don’t know which is better. Joey, realizing he’s been cut out of his first appearance of Law & Order, quickly makes a truly awful substitute in his own apartment, to save face with Nana. Then Ross tries way too hard to flirt with the pizza delivery girl, eventually rambling about methane gas and inadvertently calling himself a pedophile. It all combines into one of the series’ best bottle episodes (the best we’ll see in a moment).

6. “The One with the Proposal” (Season 6, Episodes 24 & 25)
For some, this should have been higher on the list. But I couldn’t bump any of my Top 5. Still, this is arguably the most romantic, most satisfying episode of the series. After Ross and Rachel fell apart in Season 3, I didn’t buy any of their subsequent reconnections. This was the only requited relationship among the main characters on the show that felt the least bit authentic. So when Chandler thinks his evasive tactics have backfired and he’s lost Monica forever, the stakes felt real. So yeah, you try not to tear up when he opens the door to the apartment to find Monica waiting for him. 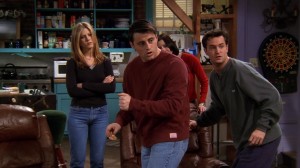 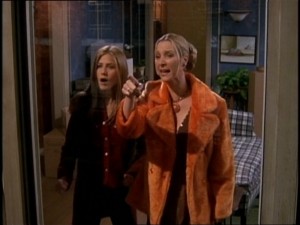 4. “The One Where Everybody Finds Out” (Season 5, Episode 14)
The antics in this episode rank right up there with some of the best screwball comedies. Joey, long burdened with keeping Monica and Chandler’s relationship a secret, finally has some partners in crime when Rachel and Phoebe see them kissing. This being a sitcom, the confrontation comes down to the show’s most awkward kiss — between Chandler and Phoebe. The facial expressions alone in this episode are worth a thousand words. 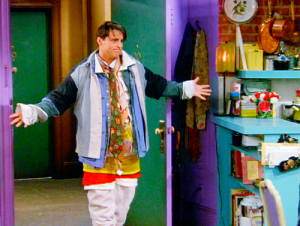 3. “The One Where No One’s Ready” (Season 3, Episode 2)
The classic bottle episode. Even if Ross was usually the least sympathetic character on the show, it was easy to side with him in this episode, as everyone finds a way for everyone to walk a fine line between annoying and hilarious. Joey, as usual, was the scene stealer, with his new outfit and use of the term “going commando,” which helped bring the phrase into the popular lexicon. 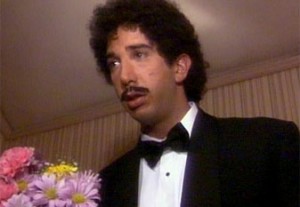 2. “The One with the Prom Video” (Season 2, Episode 14)
Yeah. That face. The last scene is one of the best ever produced on television, comedy or drama. “See? He’s her lobster!” But let’s not forget the earlier devastation as Joey and Chandler nearly break up because of that tacky gold bracelet. Yet, there’s still plenty to laugh at. It’s very nearly the best episode of the series. 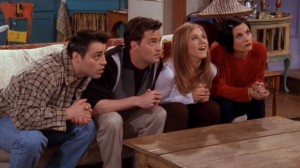 1. “The One with the Embryos” (Season 4, Episode 12)
But that honor belongs to this one, the lightning-quick quiz episode that caused Monica and Rachel to lose their apartment. The jokes are non-stop, but there’s still time for it to be touching, as Phoebe announces her still-bizarre fertilization was a success. And yes, I was able to answer all the questions on that BuzzFeed quiz correctly.

This entry was posted in Reviews, Television and tagged friends. Bookmark the permalink.