Every summer it seems the bad far outweighs the good, and this season’s offerings look more egregious than ever. And they’re almost all in 3-D! So here’s the first of three parts of my film preview. We’ll start at the bottom of the barrel and work our way up to what will actually be worth your time and money this year. 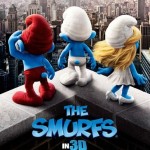 The Smurfs* (29 July)
You’ve got to be smurfing me. I want to know what the people responsible for this smurfing mess were smurfing when they OK’d this. Smurf every last one of them. 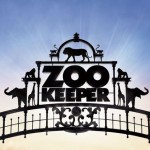 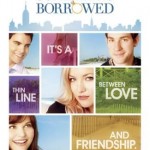 Something Borrowed (6 May)
Ginnifer Goodwin fights Kate Hudson for a guy with a great body but the personality of a dishrag, while John Krasinski is supportive from afar. Nothing good can come of this. 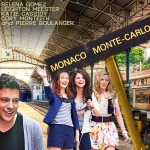 Monte Carlo (8 July)
Thomas Bezucha only has one film credit to his name, but it’s a doozy. He’s responsible for the truly horrendous Family Stone, an ensemble comedy that’s unbelievably misguided, unbearably laughless and pretty much reprehensible on every level. Maybe he’s learned something in the six years since? Judging by this precious little piece of Sex and the City-esque fantasy that’s all Disney-fied, my money’s on “no.” If he stays away for 20 years after this though, Bezucha could become the Terence Malick of crap. 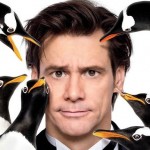 Mr. Popper’s Penguins (17 June)
I can’t have been the only one who hoped Carrey would pursue a more indie path after his third brilliant performance in Eternal Sunshine of the Spotless Mind. But he’s just made one odd career choice after another. I don’t know what would be better for him at this point: a resurgence with this or a humongous Eddie Murphy-sized bomb. Here, Carrey takes care of penguins obviously, to the point that his friends and family start questioning his sanity. Art imitating life? 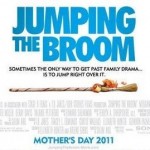 Jumping the Broom (6 May)
Perhaps the saddest movie of the season. A patronizing attempt to recreate the humor of My Big Fat Greek Wedding for black audiences, this romantic comedy features types more so than characters and stock situations instead of actual drama. Demand better movies, America! 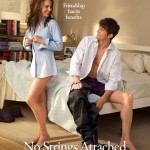 Friends with Benefits (22 July)
Wait, did I put up the poster for No Strings Attached? I thought they were the same movie. Probably because they are. (Trailer NSFW.) 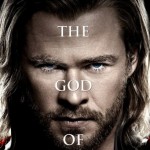 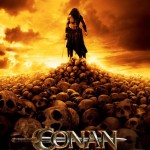 Thor* (6 May) and Conan the Barbarian* (19 August)
The first Marvel adventure to grace the screen this summer looks to be a disaster the likes of which we’ve never seen. A strange hodgepodge of Norse mythology, forced romance, ’50s sci-fi cheesiness (he fights a giant robot!), bad CGI and a big set-up for that Avengers movie next summer. There’s probably a whole other host of problems, that likely stem from picking a Shakespearean master to direct your summer tent-pole. Conan could be just as bad if not worse, as it will pick up the stupid ball and run with it into extreme gore territory. Gross. 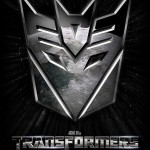 Transformers: Dark of the Moon* (1 July)
The outlook must be pretty bleak if I’m more optimistic about another Transformers travesty than 10 other movies, but welcome to summer 2011. Part three follows the same formula as the first two: Obnoxiously Loud Action Set Pieces (^12) + Unfunny Comic Relief (+ Racial Stereotypes) · Hot Women to be Ogled – Coherence. 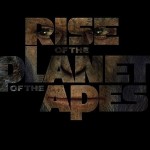 Rise of the Planet of the Apes (5 August)
Oh, James Franco. So studious, so handsome, so great in 127 Hours. But after his bored performance at the Oscars and his appearance (along with some other great actors) in Your Highness–which has been described by critics and audiences as “unwatchable”–he may be in danger of losing all that goodwill, especially with this prequel to a relaunch that could be described the same way Your Highness was. 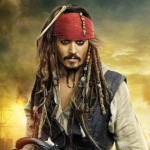 Pirates of the Caribbean: On Stranger Tides* (20 May)
Don’t mistake the latest adventure of the Black Pearl making the top of this list to be anything approaching excitement. But it still has to be better than At World’s End and the cinematography looks incredible. But Rob Marshall is hardly the person that needs to be doing action movies when he’s only done one semi-decent musical in his life.

(A note about posters: In some cases, the final posters have not been released and I’ve been forced to use fan-made posters or stills from the movie. In every situation, no copyright infringement was intended.)