Is the year half over already? I didn’t realize because I finally getting to breathe a sigh of relief after drowning in a sea of crappy entertainment. But the year seems to be looking up with Inception hitting theaters Friday and Kanye West’s Good Ass Job dropping in September. Until then, let’s take a look at the bright spots so far, starting with television.

It truly doesn’t get better than this. Zach Gilford was shamefully snubbed for an Emmy for this episode, in which his deeply conflicted Matt Saracen wrestles with grief and anger over the death of his father. What could have easily descended into a checklist of mournful clichés became a showcase of subtlety. Gilford said more with his eyes than most actors could say with a script full of words. The high point of television’s best drama. 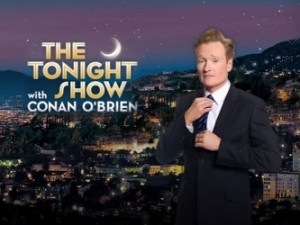 No one would have blamed Conan for going out as bitterly as possible, lashing out at Jay Leno (unreasonably) and incompetent boob Jeff Zucker (deservedly). Yet Coco exited with more class than any late night host since Johnny Carson. His speech about cynicism brought a tear to my eye. Can’t wait ’til September. 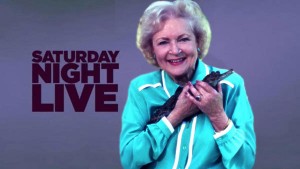 Thanks to a Facebook campaign, the former Golden Girl got to host for the first time. How had no one thought of this before? Easily the sketch series’ best episode since Jon Hamm hosted with Coldplay back in 2008, several former cast members returned just for the chance to share the screen with the TV legend. And White was surprisingly spry, joking about “poking” and her “moist muffin” and appearing in nearly every sketch. Come back soon, Betty. 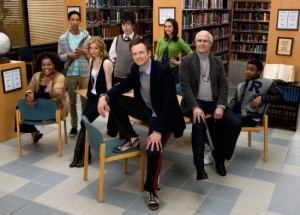 It was near impossible to pick between this and “Modern Warfare,” the series’ two best episodes to date. The show continues to be the most comfortable ensemble on TV and it shows. While this episode focused on film student Abed (a welcome change because – let’s face it – Jeff can periodically be a douchebag), it accented a lot of the characters’ weaknesses. This episode also served as a genius send-up of Martin Scorsese’s GoodFellas with Abed running a chicken finger racket. Some of the sharpest TV writing all year. 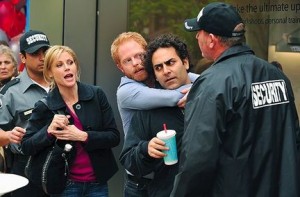 It’s hard to single out a particular episode of Modern Family, because this is basically the most perfect sitcom since Seinfeld. Here, Ty Burrell plays Phil at his most childlike. He desperately wants an iPad for his birthday and Claire (Julie Bowen), long-suffering as she is, valiantly tries to buy one for him. It’s ridiculous but also heartfelt, just like every episode.