Every year, you get lists of the same scary movies to watch with the last out: The Shining, The Exorcist, Halloween, Nightmare on Elm Street. Those are all classics and are among the best horror movies ever made. But what if you’ve already seen all those? Enter this list of great horror movies you’ve probably missed… 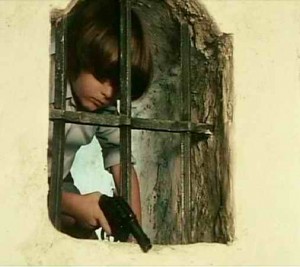 Who Can Kill a Child? (1976)
Despite a slow start, this Spanish film quickly escalates into an unrelenting nightmare. Tom and Evelyn visit a remote island off the Spanish coast, trying to experience the last of their wild nights before Evelyn gives birth to their first child. Once there, they begin to notice the island is solely inhabited by kids, without a single adult in sight. Realizing no one their age—let alone any English speakers—they decide to leave, but then are relentlessly pursued by the little savages. They try to fend them off but, despite their increased brutality, Tom simply can’t bring himself to kill a child. The film only grows darker as the kids try to trap the couple, eventually turning Evelyn’s fetus against her at one point. The ending—about as bleak as they come—will keep you up at night.

The Devil’s Backbone (2001)
Before he took us inside The Orphanage and Pan’s Labyrinth, Guillermo del Toro was telling stylish, haunting ghost stories in español all the way back in 2001. This one starts in 1939 and follows orphan Carlos who’s being tormented by bullies, the strict operators of the home, and by a ghost named Santi. He was also an orphan who disappeared at the start of the Spanish Civil War. It’s all pretty straightforward until the child abuse angle comes into play, and that’s where it gets really disturbing. But unlike some directors, del Toro doesn’t wallow in the suffering, instead focusing on the revenge and poetic justice the characters seek. 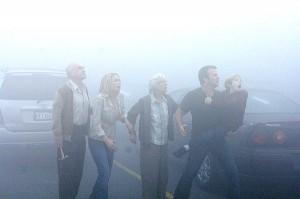 The Mist (2007)
Perhaps the most underrated of all Stephen King adaptations, The Mist gave writer-director Frank Darabont a creative second wind. As the man behind two of the finest dramas of the ’90s (The Shawshank Redemption, The Green Mile), he was known for three things: bringing out great performances at of actors both well-known and unknown, making a grown man weep openly, and delivering movies that probably could have stood to lose about 30 minutes. Here, he finds his groove with horror—which eventually led to him developing The Walking Dead as a series. Thomas Jane stars as a single father who finds himself trapped in a grocery store with most of his neighbors. Everything becomes enveloped in a thick mist and the townspeople quickly turn on each other, thanks to the fanatical Mrs. Carmody (Marcia Gay Harden). What starts out as an effective spin on King’s novella and the classic Twilight Zone episode “The Monsters are Due on Main Street,” turns into an equally terrifying monster movie that comes together in an incredibly bleak finale. 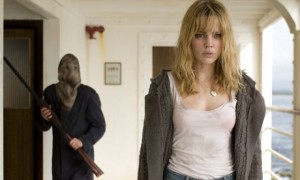 Triangle (2009)
A movie that will easily test your patience, but then throws what you think is happening overboard. Melissa George stars as Jess, the exhausted single mother of an autistic boy, who takes a much needed respite, going sailing with a local guy who’s sweet on her and some other friends. When they end up in the Bermuda Triangle, a nasty storm capsizes their boat. Luckily, they’re able to board a luxury cruise liner, only to find it empty. Then, an ax-wielding psycho hacks up everyone but Jess, who defeats her. As she breathes a sigh of relief on deck, the ship passes by a sailboat, with the same five people—including her—waving for help and boarding the cruise ship. It only gets crazier from there, until its ending, which is incredibly unsettling.

All the movies below are available on Netflix: Watch Instantly. 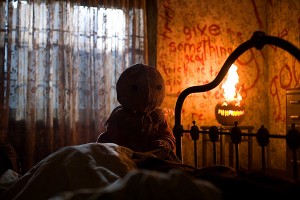 Trick ‘r Treat (2009)
Appallingly dumped on DVD in 2009, this horror anthology is shockingly good, toying with horror film traditions and audience expectations. It’s difficult to get into the stories without spoiling everything, so it’s best to just take my word for it, lest ye end up haunted by Sam (pictured above). 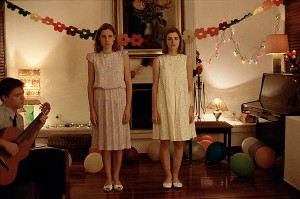 Dogtooth (2010)
The only Oscar nominee on this list, Dogtooth shocked lots of critics and prognosticators when it received a nomination for Best Foreign Language Film earlier this year. Certainly not for everyone, Dogtooth is everything at once: a pitch-black comedy, a look into a deranged family and a commentary on societal oppression. Beyond that, it’s the most cuckoo-bananas, holy-crap, WTF-did-I-just-watch? movie I’ve ever seen. Christos Stergioglou is the patriarch of the family and the only one allowed to leave the house. He subjects his children to perverse competitions and he and his wife keep their children in the dark about the most basic social functions and intentionally give them incorrect definitions of words they ask. Dogtooth is considered something of a renaissance for Greek film, but luckily it’s one of a kind. 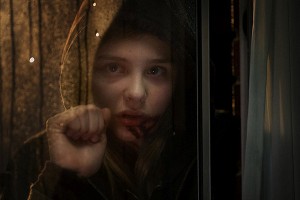 Let Me In (2010)
Many readers have probably by now at least heard of the brilliant Swedish film Let the Right One In, about a bullied teenage boy and the friendship he strikes up with a vampire around his age. But this American remake is actually quite revelatory, in the same league as The Departed. That’s because they remade a well-respected foreign language film that not only doesn’t suck, but manages to become its own distinct masterpiece. Viewers largely stayed away last October, opting instead to spend their horror dollars on Paranormal Activity 2 and the latest Saw entry. What they missed out on was the best American horror movie since The Sixth Sense. While director Matt Reeves (Cloverfield) gives it a special visual flair, it does lose the original’s black humor. But it makes up for that with a truly terrifying scene at its center, as Richard Jenkins, the caretaker of the child vampire (Chloe Möretz), hides in the backseat of a car, waiting to kill a victim. It’s easily one of the most intense scenes in any movie, and sure to raise the hair on the back of your neck.