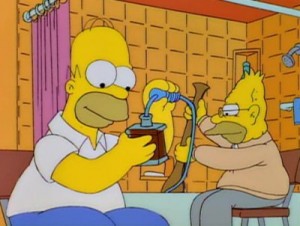 “Grampa vs. Sexual Inadequacy” (B+)
One of the sillier, less-remembered episodes of this great season finds Abe and Homer reunited, then separated, as snake-oil salesmen. It wouldn’t work if it weren’t so gut-busting for the first half, then heart-wrenching in the second. The subplot with the kids is tangential (though definitely related), and brings it down ever so slightly. But how can you not love a cutaway with Al Gore quietly listening to Kool and the Gang’s “Celebration”? 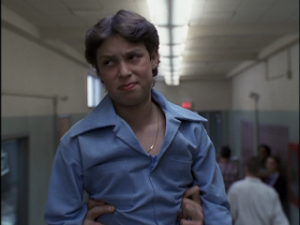 “Looks and Books” (A)
Who hasn’t had an accident in their parents’ car? I know I have, and it’s a devastating moment here when Lindsay does it. And Sam, attempting a new look to impress Cindy backfires in the most cringe-inducing way possible. The former returns to the Mathletes, but her vow of revenge on Shelly is such an interesting new twist in Lindsay’s character. And how heartwarming is it to see all the freaks there to cheer Lindsay on? The latter ends with another of Mr. Rosso’s inappropriate advice stories, which is one of my favorite little things in this show. What an embarrassment of riches this show is. 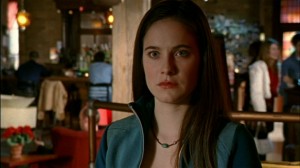 “Cocktail Bunny” (A-)
Man, this show is ballsy. After ripping out our hearts last week, it delves straight into Jaye’s psyche. Maybe the character we all know and love really is mentally ill. Although the story ends with a twist and a bit of narrative convenience, it’s still daring to add more complexities beyond its usual quirks and jobs-of-the-week.

This entry was posted in Reviews, Television and tagged freaks and geeks, netflix, simpsons, wonderfalls. Bookmark the permalink.