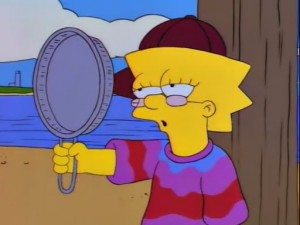 “Summer of 4 Ft. 2” (A)
Subjectively, any character on The Simpsons could be your favorite. But objectively, it’s hard to think of a character that’s better than Lisa. She remains resilient, even while carrying a heavy load of sadness. “My heroes are grown-up nerds like Gore Vidal, and even he’s kissed more boys than I ever have.” “Girls, Lisa. Boys kiss girls.” That response from Marge shows why Lisa is the ultimate outcast. But in this episode she sheds her nerdy yearbook-editor persona to be as nonchalant as the locals in the beach community she visits. At times, this episode is incredibly sad, but thanks to tons of great Milhouse and Homer moments, there’s plenty of levity, too. What a great finale to a great season. 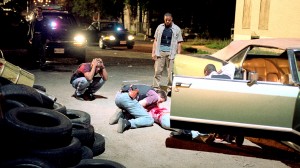 “The Cost” (A-)
Lots of stuff happens in this episode, but I always keep coming back to the scenes with Bubbles, sitting on that bench, contemplating if he’s actually going to get clean or not. Then everything comes to a thrilling climax with Greggs’ undercover operation going terribly wrong. 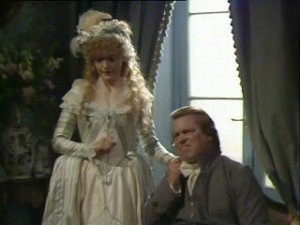 “Amy and Amiability” (A)
While Season 3 is better than Season 2, it sorely misses the presence of Miranda Richardson. Thankfully, that changes in this episode, with Richardson playing Amy, the only suitable princess to marry the Prince Regent. Unfortunately, she’s also the Shadow, a notorious robber. Even though a lot of the humor is lowbrow, I probably laughed more in this episode than in any prior episode. That’s just fine with me. 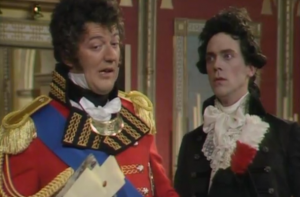 “Duel and Duality” (B+)
I’d argue this is the best finale of the series, but it takes some time to get going, and the MacAdder reveal is kind of a letdown. But the grand climax, the duel with the Duke of Wellington, is just terrific.