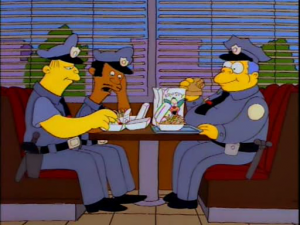 “22 Short Films About Springfield” (A)
Every Simpsons fan would agree this is a series highlight, but it only works if you’ve seen at least 100 episodes of the show. Otherwise, a lot of the humor just won’t hit you. If you have, this is a brilliantly constructed episode, packing a ton of jokes into vignettes that are often less than a minute. 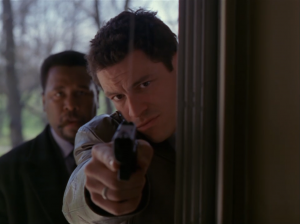 “Old Cases” (A-)
A procedure-heavy episode, but David Simon once again shows why his shows aren’t like any other procedural. McNulty and Bunk’s investigation of murder scene from six months prior, only speaking in variations on the F-word, it’s almost poetic. Lester, the new guy, is my new favorite character. 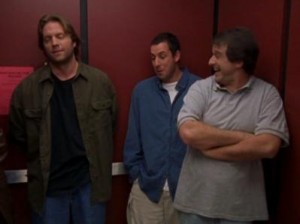 “The Assistant” (C-)
Well, at least the worst is over quickly. Adam Sandler the actor looks as bored as Adam Sandler the character. His assistant, who falls in love with Rachel, is one of the most annoying characters ever put on a TV show. At least the running gag about whether or not Lizzie slept with Sandler is great, as is the now-dated notion that someone could unironically love his work. 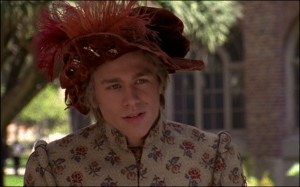 “Addicts” (A-)
Quite the rebound. Will Ferrell, as the speed-addicted bootleg paper writer is terrific, which is not surprising. This is probably the series’ best episode, with the relationships fully developed and the humor well-defined. Keep it going, guys.

“Bells” (B+)
Already much funnier than Season 1, even though the episode seems to run out of steam, with Rik Mayall’s Lord Flashheart showing up and completely changing the tone of the show, taking it over the top. But I love the more sly Blackadder, as opposed to the dolt of the previous six episodes. 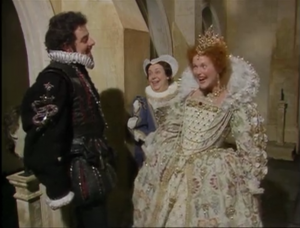 “Head” (B+)
Hilarious and dark, with Blackadder as the lead executioner. I love how they portray his laziness causing a whole host of unforeseen problems. His scenes in the prison are some of the best of the whole show.