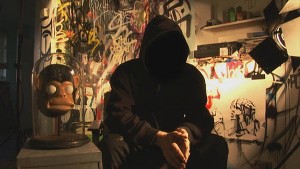 10. Exit Through the Gift Shop (dir. Banksy)
One of the most fascinating, frustrating documentaries in recent years, Banksy’s maybe real-maybe not account of his friendship-turned-rivalry with his former mentee still entertains, even as it scathes the L.A. and London art scenes. 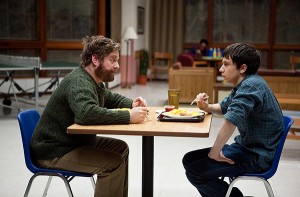 9. It’s Kind of a Funny Story (dirs. Anna Boden & Ryan Fleck)
Does the protagonist here have real problems beyond typical teenager issues? Maybe not, but that doesn’t make his five-day journey through a mental hospital any less enlightening, romantic or hilarious. Supporting turns from Viola Davis and Zach Galifianakis are this movie’s secret weapons, in addition to a great soundtrack. 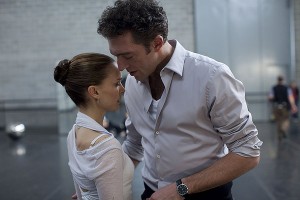 8. Black Swan (dir. Darren Aronofsky)
There’s a reason the film only won the Oscar for Best Actress. Natalie Portman still successfully shoulders the weight of a movie that slips from scary to silly upon second viewing. But the movie’s grand ambition and graceful dance scenes make repeat viewings essential. You’re still no closer to knowing what really happened, but what a dazzling investigation. 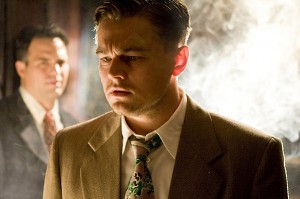 7. Shutter Island (dir. Martin Scorsese)
Speaking of movies with ambiguous endings, Scorsese’s Shutter Island actually gets better after repeat viewings. The film is chock-full of clues—some true, some false—of what happened at Ashecliffe. But the real treat is the film’s fantastic technical work: Thelma Schoonmaker’s glorious editing, the breathtaking visual effects and Robbie Robertson’s selection of contemporary classical music. They all add to one of the year’s most outstanding mysteries. 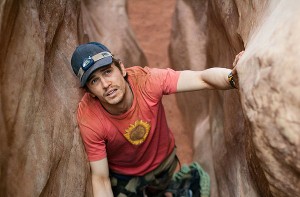 6. 127 Hours (dir. Danny Boyle)
I still think Franco should have won Best Actor as the trapped hiker Aron Ralston. His performance and what is character overcomes is, to me, far more impressive than King George VII in the King’s Speech. Still, the crowning achievement here is how the film leaves you exhilarated and happy to be alive. 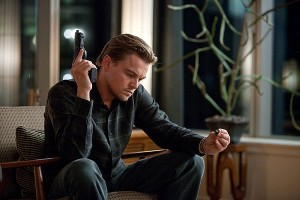 5. Inception (dir. Christopher Nolan)
BRAAHHHHHHHMMMMMMMMMMMMM. Inception loses some of its effect on the small screen, but it still has the power to drop jaws and steal breaths. What a rush, and with something to chew on after it’s over. 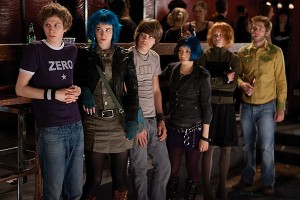 4. Scott Pilgrim vs. the World (dir. Edgar Wright)
Destined to be a cult classic for years to come, this is a film with infinite heart and an endless supply of jokes. There’s even more to laugh and love as it becomes a regular viewing experience. With so many visual gags that get missed the first, second and third times, Scott Pilgrim is a high benchmark for everyone involved. 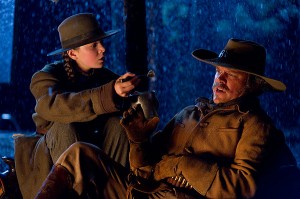 3. True Grit (dirs. Joel & Ethan Coen)
Another terrific entry from the Coens, True Grit got snubbed at the Oscars a record 10 times. No matter. This one’s going to stay in your memory longer than any of 2010’s winners. That’s because every performance is lived in, every moment is surprising and every line of dialogue is crisp and alive. 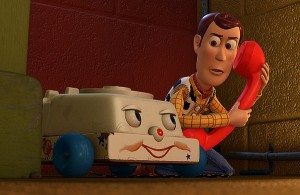 2. Toy Story 3 (dir. Lee Unkrich)
Man, what a downer. The opening credits abruptly cut off Randy Newman singing “Our friendship will never die,” setting us up for plenty of tears down the road. But what a journey. For all the sadness this film traffics in, it’s still dazzling and colorful and eventually, hopeful. In any other year, it would have won Best Adapted Screenplay at the Oscars. 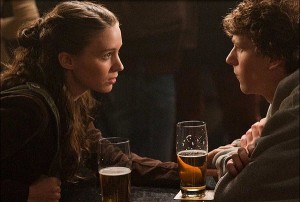 1. The Social Network (dir. David Fincher)
I’ve already written lots and lots about this film, so I’ll just say this: I’m still amazed how this movie takes scenes that should be dull and lifeless and makes them as exciting and tense as any thriller.

New runners-up: Creation, Dogtooth, How Do You Know, The King’s Speech, Tangled