Super 8 (A)
Dollar Theater
Easily the best film of the year so far, Super 8 has it all: a terrific young cast (Elle Fanning in particular shines), spectacular special effects and characters we can care about. A film I had tremendous expectations for that managed to exceed them all. 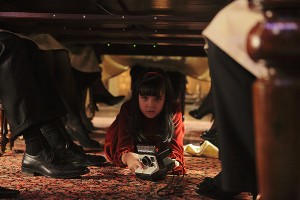 Don’t Be Afraid of the Dark (C+)
Screening
Despite Guillermo del Toro’s passion and deep involvement, this movie doesn’t provide quite enough scares as it should, and feels cobbled together from many other, better movies. And with little blood, how on earth did this get the same rating as the entire Saw franchise? 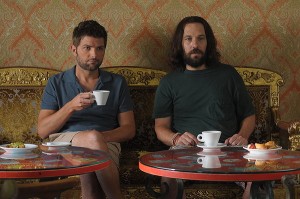 Our Idiot Brother (B)
Theater
Like The Ref (1994), this is a relentlessly funny movie populated with characters who are so awful to each other, the convicted criminal seems like the sanest person onscreen. Paul Rudd proves himself yet again, in his first solo, full-on, above-the-title comedy. Though this film forces me to confront a reality I don’t quite want to face: maybe Zooey Deschanel is not that great an actress. 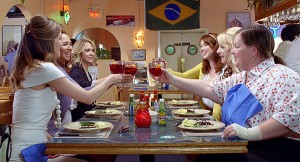 Bridesmaids (B+)
Dollar Theater
Despite being at least 30 minutes too long–at times it felt more like it should have been a raunchy pay-cable sitcom, which does not speak well for Paul Feig as a director–Bridesmaids is uproariously funny, and proves the entire cast are capable comediennes and actresses. Melissa McCarthy in particular steals every single scene. If Universal plays their cards right, she could end up getting a Best Supporting Actress nomination. (I’m totally serious here.) 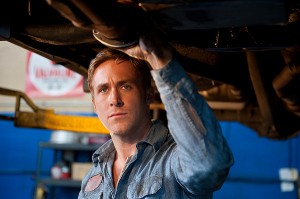 Drive (A)
Theater
Drive is so well-crafted that it’s almost too deliberate. Yet every aspect of the movie propels it into such rare territory: it’s an action movie that’s just like its character–often quiet, extremely stylish, but with a brain and a heart that sometimes gives over to fits of extreme violence. All the performances are about perfect, no matter how little screen time each one gets. If you hadn’t heard of him by now, director Nicholas Winding Refn makes sure you remember his name by the end of this film. 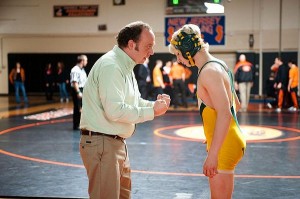 Win Win (A-)
DVD
If you’re keeping score at home, this is Tom McCarthy’s third fantastic feature as writer-director (he also co-wrote Up). The plot here is a little more complex, but so are the relationships. Paul Giamatti is terrific as usual as the lawyer who scams an elderly client out of money and then ends up caring for his runaway grandson. Ultimately, this is a film about people who do the right things for the wrong reasons and vice versa. It’s hard to describe McCarthy’s films without making them sound too sentimental. However, he’s closer to Capra than Lifetime.