You know the drill: Winners in bold, then we break it down. 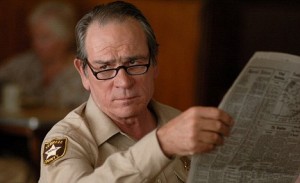 Should have won: No complaints here
Not even nominated: Zodiac

The debate still rages whether No Country for Old Men or There Will Be Blood is the better film in what may be the best single year for cinema of the 21st Century. Both were based on difficult novels. Both were made by master filmmakers. Both contain one of cinema’s greatest performances. Both had Oscar-nominated cinematography. Both were shot in Marfa, Texas. Both slightly disappointed me on initial viewings but I eventually grew to see them as essential works. A decade removed, I’m still a little torn. But I think I have to give the slight edge to No Country. A meditation on evil hidden in a gripping crime thriller, this is the darkest effort the Coens ever produced, though still filled with a great bit of humor.

But left out of that “best of the best” debate was the actual best movie of 2007: David Fincher’s Zodiac. Like No Country, it’s also a meditation on evil hidden in a crime thriller that’s notable precisely for how little resolution it has. While it certainly projects the slayings onto its chief suspect, it doesn’t have a big showdown with Jake Gyllenhaal (in a performance I’ll defend) catching the killer. It’s essentially two movies in one: the first half is the police investigation, with Mark Ruffalo’s Dave Toschi doing his best to follow by the rules to catch a killer who’s following no rules. The second half follows Gyllenhaal’s cartoonist carrying up the mantle years after the trail went cold. While people talk about the final, chilling scenes of both There Will Be Blood and No Country for Old Men, they’ve got nothing on the interrogation of Arthur Leigh Allen (John Carroll Lynch). Even at nearly three hours, Zodiac flies by. 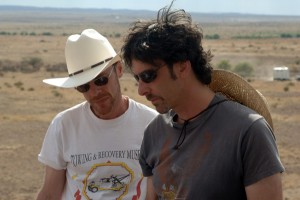 Should have won: No complaints here
Not even nominated: Tim Burton, Sweeney Todd

While No Country isn’t even my favorite Coen Brothers movie (or even my favorite Coens drama), this award honors a great career for the best filmmaking duo of all time, and rectifies their (technically Joel’s) loss for Fargo. Both this and True Grit are their most accomplished films, and P.T. Anderson will win one someday. But the Coens, idiosyncratic as they are, might not even be nominated again.

And while he’s a punchline now, Sweeney Todd was the last time Tim Burton seemed to give a shit. It was a perfect marriage of director and material, and a nomination would have been a long time coming. Now, of course, he’s content to repeat himself and indulge his eccentricities with big budgets. But this was a step up to prestige that deserved some acclaim. Maybe if that had happened, we wouldn’t have gotten the likes of Alice in Wonderland. 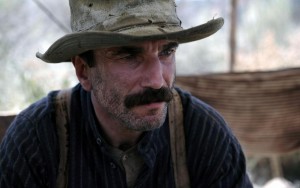 Should have won: No complaints here
Not even nominated: John C. Reilly, Walk Hard

This is a line-up for the ages, with many of the actors reaching the peak of their powers. But it was absolutely no contest. Daniel Plainview is one of the most fascinating, terrifying characters in modern cinema and Daniel Day-Lewis was never better.

While a theoretical sixth slot could have gone to either Denzel Washington or Russell Crowe (both fantastic in American Gangster), I wish John C. Reilly could have been honored for playing Dewey Cox in Walk Hard. I’m absolutely not kidding. That movie brilliant skewers the musical biopic that the Oscars had fawned over in recent years (particularly Ray and Walk the Line), and Reilly is truly brilliant, playing the gifted musician from age 14 into his 80s, singing soul covers (“You Got to Love Your Negro Man”) to protest songs (“Dear Mr. President”) to his career capper (“Beautiful Ride”). It’s an incredible comic performance, even when he slips into “a dark fucking period.” 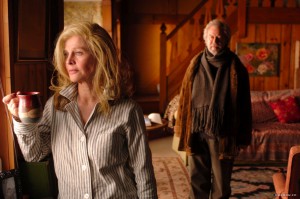 Should have won: Julie Christie
Not even nominated: Nikki Blonsky, Hairspray

Is Marion Cotillard good or is she just French? That’s the jokey debate Film Twitter likes to engage in occasionally. For the record, she’s good, and she’s by far the best part of La Vie en Rose, which ticks off every biopic cliché imaginable. The far more challenging role was played by Julie Christie. While playing a person with disease can also lead to an actor overselling it, Away from Her doesn’t have time for any of that nonsense. It’s one of the most realistic and humane depictions of having a sick loved one that I’ve ever seen. She’s simply tremendous as Fiona, a vibrant woman succumbing to Alzheimer’s.

And while most people are still upset that Amy Adams wasn’t nominated for Enchanted, I figured I’d spotlight another actress in a musical who hasn’t received five nominations already. Nikki Blonsky is the plucky soul of the musical adaptation of John Waters’ Hairspray, which also deserved several below-the-line nominations. Sadly, she hasn’t been offered anything as profile or deserving of her talents since. Where are the great roles for our plus-size ladies, Hollywood?! 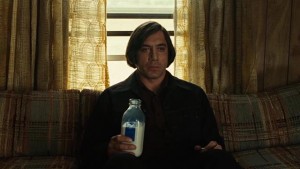 Should have won: No complaints here
Not even nominated: Andy Griffith, Waitress

In another year, I’d have given the Oscar to the late Philip Seymour Hoffman. Between this and Doubt, he’s giving two of his best performances ever, only to be overshadowed by two iconic villains. So yeah, this is Javier’s best American role, having won four Goyas (Spain’s Oscars) before his big break stateside. It’s an iconic performance, precisely because of how controlled it is, even when Chigurh is losing control. He’s menacing even when not brandishing a cattle gun.

But when it comes to old guys playing father figures, I’ll take Andy Griffith in Waitress over Hal Holbrook in Into the Wild. I’ll talk more about Waitress in a bit, but his performance is one of a trio of Griffith’s lovely big-screen performances (the others came nearly 50 years prior) that prove he was more than just the folksy lead of The Andy Griffith Show and Matlock. 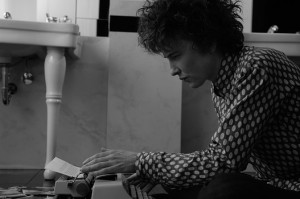 Should have won: Cate Blanchett
Not even nominated: Jennifer Garner, Juno

Is it cool that an actress as idiosyncratic and bizarre as Tilda Swinton has an Oscar? Sure. But she seems like a person who doesn’t really care about awards, and a win for her most straightforward performance doesn’t really honor what makes her so great. So even if she’s been feted many times, the performance in this category that made the biggest impression on me is Cate Blanchett as Jude in Todd Haynes’ quasi-biopic of Bob Dylan. Vain, cruel and undeniably talented, her spin on Dylan is the best of the bunch, and pushes her to places we hadn’t seen before.

And while Juno picked up a very respectable four nominations, there should have been one more for Jennifer Garner. While she’s remembered primarily for 13 Going on 30 and those Capital One commercials, this is by far the richest role she’s ever been given: an adoptive mom to be who has no time for sarcasm or cynicism, which elevates her above the too-cool-for-school Juno and her stuck-in-the-glory-days husband (Jason Bateman, also doing some of his best work). 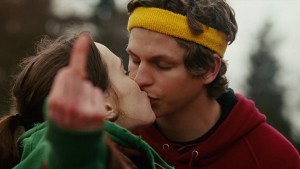 Should have won: No complaints here
Not even nominated: Waitress

Even with its occasional dips into nonsense jargon (particularly in its opening scene with Rainn Wilson), Juno is an absolute delight, far more emotionally complex than it seems at first pass. The other nominees are respectable, except for Lars and the Real Girl, one of the worst movies of the 2000s that people thought was good. I’d rather swap in Adrienne Shelly’s Waitress, which is both sunnier and darker than Juno, but also about an unexpected, unwanted pregnancy. Sadly, it was Shelly’s final film as she was murdered before it hit the festival circuit. A posthumous nomination would have been well-deserved. 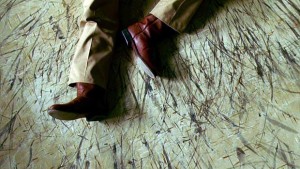 Should have won: No complaints here
Not even nominated: Charlie Wilson’s War

And the debate continues. While P.T. Anderson’s script is more his creation, taking Upton Sinclair’s Oil! as a springboard for his ideas on capitalism and false religion serving as twin catalysts for America’s economic boom and moral decline. But again, I give the slight edge to No Country for Old Men, which injects Cormac McCarthy’s novel with much-needed comic relief and gives tossed-off conversations gravity they need for later scenes.

And I’d drop Atonement or The Diving Bell and the Butterfly (both perfectly fine movies) in favor of Aaron Sorkin’s whip-smart adaptation of Charlie Wilson’s War, giving Hanks and Roberts their finest roles in years, while also exploring the beginning of our modern quagmire in the Middle East. I still think about Philip Seymour Hoffman’s “We’ll See” parable. 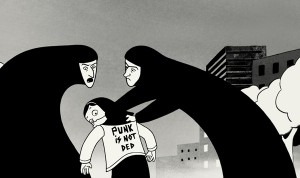 Should have won: Persepolis
Not even nominated: The Simpsons Movie

One of the few times Pixar didn’t deserve to win. No shots at Ratatouille, which is wonderful but still on the lower end of the Pixar scale for me. (I still think critics rank it higher than it should be because of the monologue about critics near the end.) Persepolis is a far more important film, but one that never announces itself as such. It’s far more relevant than the evergreen message of “be yourself.” Parents might disagree, but resisting fascism and fundamentalism is a skill kids need to learn. Yet the animation is still lovely and the film itself often quite funny.

But how the hell did Surf’s Up – which I don’t think even kids remember today – get in over The Simpsons Movie? $527 million to Surf’s Up $149 million worldwide is but one factor. And considering The Simpsons Movie is essentially a feature-length episode, but one that doesn’t feel like a waste, is a small miracle.

This entry was posted in Awards, Film, Oscars, Reviews and tagged away from her, i'm not there, juno, no country for old men, persepolis, there will be blood. Bookmark the permalink.