Here we go again. The winners are in bold, but my picks are below that. 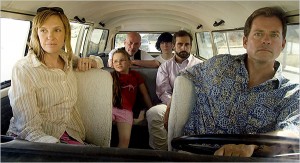 Should have won: Little Miss Sunshine
Not even nominated: Children of Men

In 2007, it was hard to fathom that Martin Scorsese had never won Best Picture or Best Director, despite an already illustrious career. The Academy finally rectified that by rewarding the biggest box office hit of his career, a stylish update of the Hong Kong crime epic Infernal Affairs. It was a formative movie experience for me, seeing it in the theater with my dad. 2006 was really the first year I truly started paying attention to quality films, paying attention to directors and writers and reading reviews from critics I respected. And surely, The Departed is one of Scorsese’s most accessible and rewatchable movies. But finally seeing Infernal Affairs ruined it a bit for me. Where that film is lean and intense throughout, The Departed is kind of bloated, adding in an affair subplot that honestly doesn’t add much of anything to the story. Otherwise, it’s nearly a scene-for-scene re-do. In fact, it’s only improvement is a deep sense of place. It just feels like a Boston movie through-and-through, weaving in the city’s complicated history and deep-rooted Catholicism into the narrative. It’s a fine film, but not the best of the year. (And besides, in my revisionist history, Scorsese just won two years prior for The Aviator. Also, the craziest thing about Infernal Affairs that The Departed didn’t copy but would have been hilarious to see: an original tune sung over the end credits by the two leads. Can you imagine Matt Damon and Leonardo DiCaprio singing about living a double life?)

Little Miss Sunshine, on the other hand, knocked my socks off the first time I saw it, and continues to stick with me in the decade after. Music video directing duo Jonathan Dayton & Valerie Faris capture every uncomfortable moment of a family on the verge of falling apart. And writer Michael Arndt’s incredible script gets the tone right in each scene. And the incredible ensemble cast play their parts perfectly, including career-best work from Abigail Breslin, Paul Dano and Steve Carell. This is a moving family dramedy, the likes of which the Academy never seems to properly honor. In the last five years, three of the Best Picture winners have been about acting, performing and making art. That might be relatable to the members of the Academy, but few movies are as relatable to the rest of us (or maybe just me) than Little Miss Sunshine.

Yet of all the movies of 2006, the one that feels the most startlingly relevant is Children of Men. With its unrelenting tension, sudden horror and its desperate search for humanity, it almost predicts our current climate. More on this when we get to the Adapted Screenplay section.

Should have won: Paul Greengrass
Not even nominated: Guillermo del Toro, Pan’s Labyrinth

As I mentioned above, this project rectified Scorsese’s loss two years prior. Thus I feel like spreading the wealth. (Besides, The Aviator was more of a directorial achievement than The Departed.) Instead, I’d have rather seen Paul Greengrass honored for his harrowing depiction of the souls that took down that flight over Pennsylvania, sparing a shocked nation further horror. The British director never sensationalizes the events of that day, merely showing the quick thinking of the passengers who saw a moment to act and did so. It’s a far better story about human connection than Iñárritu’s insufferable Babel. Besides, of the three Mexican writer-directors to finally get some recognition that year, Alfonso Cuarón and Guillermo del Toro made far superior films that I guarantee you more people have watched, thought about and written on than that international disaster. 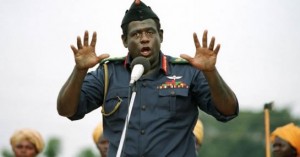 Should have won: No complaints here
Not even nominated: Sacha Baron Cohen, Borat

It will go down as one of the Academy’s great shames that Peter O’Toole never won a competitive Oscar. Winning one for a trifle like Venus wouldn’t have made that a whole lot better. So I have no complaints with Forest Whitaker winning for his blistering performance as Ugandan dictator Idi Amin. But I do have one quibble: This is a supporting performance. James McAvoy is the lead of this film, despite Whitaker playing the title character. This type of incorrect category placement typically happens the other way around, with lead performances shifted to supporting categories for a better shot at winning. But really, this is just a long way of saying that boldest, most impressive performance wasn’t even nominated. There’s really no way to properly explain how seismic Borat felt in 2006. Seeing it opening weekend in theaters, with a packed crowd that mostly had no idea what to expect. It was jaw-dropping. Though he won the Golden Globe and gave one of the greatest acceptance speeches of all time, he was slighted by the Academy, partly because of their anti-comedy bias and partly because what were a bunch of old white fuddy-duddies supposed to do with a movie where a guy wears a lime-green thong and tries to make a pass at Ron Paul? 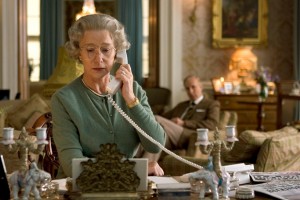 Should have won: No complaints here
Not even nominated: Laura Dern, Inland Empire

What a brutal category. In any other year, any of these ladies could have won. Cruz gave the best performance of her career as a stressed mother getting help from her deceased mom (Carmen Maura). Dench, on her sixth nomination, had a meaty part as a jealous teacher. Winslet was the best part of a significantly flawed adaptation. And Streep, of course, is icy perfection as Miranda Priestly, the thinly veiled stand-in for Vogue editor Anna Winter. But they never stood a chance against Helen Mirren, who brought us into the private side of a very public figure, torn between her animosity toward Diana and the polite face she has to put on in the wake of her death. To me, it’s an all-time great performance, even if I don’t all-out love the film itself. The same would go for Laura Dern, who’s just astonishing in David Lynch’s Inland Empire, which even for a David Lynch film doesn’t make a lick of sense. 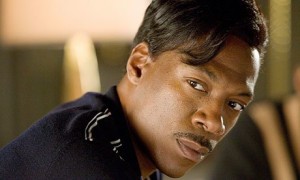 Should have won: Eddie Murphy
Not even nominated: Michael Sheen, The Queen

This might be the greatest “What If?” in modern film history. Alan Arkin won a much-deserved career capper as the foul-mouthed, drug-addicted sage grandfather in Little Miss Sunshine. It’s a great supporting performance in a lifetime of them. He did stellar character work in films as diverse as Wait Until Dark, Catch-22, Edward Scissorhands and Glengarry Glen Ross. But what to do with Eddie Murphy? A star from his youth, he was arguably the most popular actor of the 1980s. He excelled at comedy but struggled throughout the ’90s and especially the ’00s, taking on projects for the money that were beneath his talent. He had the highest highs and lowest lows of any A-lister ever. And Dreamgirls is easily his best performance, electrifying but full of sorrow. Who knows what would have happened if he’d won the Oscar for it? I’d like to think he would have gotten more challenging parts like this, hopefully abandoning garbage high-concept comedies like Imagine That and A Thousand Words. Perhaps he could have followed the lead of another Saturday Night Live alum: Bill Murray, trading in the schtick for melancholy. But poor Michael Sheen. In 2006 and 2008 (Frost/Nixon), he was every bit the equal of the acclaimed leads he was sparring with. 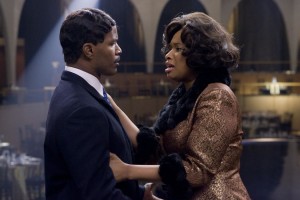 Should have won: No complaints here
Not even nominated: Catherine O’Hara, For Your Consideration

Another solid slate, with Barraza and Kikuchi representing the best parts of that abomination. (Neither of them have been nominated since.) Cate Blanchett was killing it as usual, and Abigail Breslin with the youth performance of the year. But it’s Jennifer Hudson, in her film debut (a few years removed from losing American Idol), who is the brassy, indefatigable soul of Dreamgirls. Her character could easily be a sad-sack tragic figure, but she refuses to be defined by her circumstances. Sadly, she hasn’t had a film role to match that fire since. In a perfect world, one of these slots would have been reserved for Catherine O’Hara, doing career-best work in Christopher Guest’s For Your Consideration, as a lifelong character actress who lets a faint whiff of Oscar buzz go to her head. Maybe it hit too close to home for some voters? 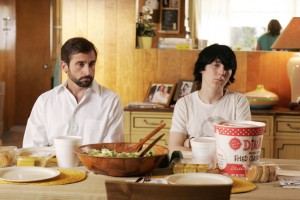 Should have won: No complaints here
Not even nominated: Brick

Michael Arndt’s script, as mentioned above, perfectly captures the flurry of emotions that a family on the ropes goes through day to day and moment to moment. It delivers laughter and tears at just the right times and feels totally human. I never felt like “Real people would never talk like this.” That’s harder than it seems. But I’d have jettisoned Babel‘s “we are all connected” bullshit for Rian Johnson’s astonishing debut, with Joseph Gordon-Levitt as Sam Spade in Chuck Taylors. Of course, no one in that movie talks like a real person, but that’s part of its magic. 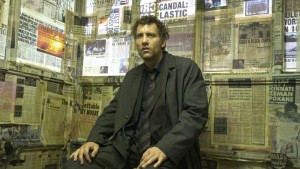 Should have won: Children of Men
Not even nominated: The Prestige

The Departed script is solid, even if it could have used a trim. But it’s not as impressive as Children of Men, which somehow had too many cooks in the kitchen (five credited writers!) yet came out perfectly, delivering an urgent, timely adaptation of P.D. James’ 1992 dystopian novel. I’d have swapped out Little Children, which failed to capture the novel’s detached tone, for Chris & Jonah Nolan’s adaptation of Christopher Priest’s epistolary novel about rival magicians’ lifelong quest to one-up each other. 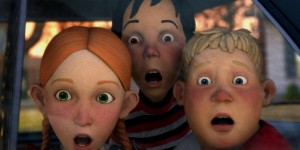 Should have won: Monster House
Not even nominated: A Scanner Darkly

Look, not every movie has to plumb the emotional depths of Pixar’s best movies. But they should be more substantial than Happy Feet. Penguins are cute and all, but the film never develops any of its characters beyond vocal tics, physical quirks and the ability to belt out a well-known pop song. Most winners in this category remain beloved by kids, adults and senior citizens alike. Little ones may enjoy it in the moment and sing to themselves after it’s over, but no one actually remembers it. On the other hand, I’m still in love with Monster House, which is almost a proto-Stranger Things, with its kids on bikes stumbling across a mystery beyond their limited comprehension. It’s miles ahead of its competition. Speaking of which, Richard Linklater’s second roto-scoped feature is even more impressive. An adaptation of Philip K. Dick’s most paranoid of paranoid thrillers, it’s certainly not for everyone, but it is an eye-popping wonder that deserved a second look.