Now that I’m far enough away from the years when I was growing up (*gulp*), I figured this would be a good year to stretch back from the years before 2000, when I started my annual re-do column. 1997 was the first year’s Oscars I remember watching part of, and while I didn’t know most of the nominees at the time, I’ve definitely become acquainted with most of them in recent years. So starting this year, and continuing for the next two years, you’ll get a little bonus to go along with my annual column. Winners in bold, then we’ll break it down.

My favorite film of 1997 is definitely Quentin Tarantino’s Jackie Brown. While it was nominated in only one category, it deserved attention in just about every single one. So to avoid repeating myself, I’ll simply reserve my outrage for the two categories where its omission is most baffling. 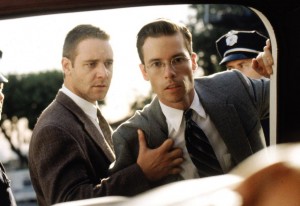 BEST PICTURE
As Good as It Gets
The Full Monty
Good Will Hunting
L.A. Confidential
Titanic

Should have won: L.A. Confidential
Not even nominated: Boogie Nights

While I was initially wowed by Titanic (and, let’s be honest, Kate Winslet) when I first saw it as a 10-year-old, I’d grown way too dismissive of it in recent years. And while I still wouldn’t call it a favorite, it’s much more accomplished than I give it credit for. But compared to L.A. Confidential? Please. Morally complex, loaded with twists and often bitingly funny, this was the rare time the Academy should have honored a movie about its own town.

In fact, they should have had room for one more. Though it received three well-deserved nominations, Boogie Nights should have gotten well beyond that, starting with Best Picture. Though P.T. Anderson was viewed as something of a disruptor, a young hotshot with final cut on his sprawling movies, he was as talented as his reputation suggested. More on this later. 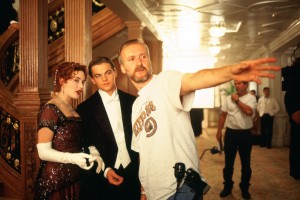 Should have won: No complaints here
Not even nominated: David Fincher, The Game

While I prefer L.A. Confidential, I can’t deny the achievement of Titanic. One of the most expensive movies ever made, James Cameron handled the technical craft with aplomb, but also made a disaster movie and a romance that set the world on fire. A win for Hanson would have been a footnote: a John G. Avildsen or Tom Hooper. A who? He deserved better than that, but the rest of his resumé doesn’t scream “Academy Award-winner.” Cameron, however, had been building to this, even if he hasn’t done much since (well, except for making the biggest movie of all time).

So swap out the head-scratching inclusion of Peter Cattaneo for David Fincher’s intentionally head-scratching The Game, which drops you into a crazy world and keeps you guessing until the final frame. 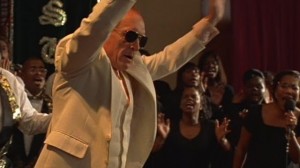 Should have won: Robert Duvall
Not even nominated: Nicolas Cage, Face/Off and Con Air

While Nicholson is quite good in As Good as It Gets, giving a morally repugnant character a joie de vivre and delivering zingers left and right, Robert Duvall is giving a far more interesting performance as the Apostle E.F., a charismatic (in both senses of the word) preacher who rebuilds his life in a small Louisiana town while on the run from Texas police. The film as a whole doesn’t quite work, but it’s a true labor of love, one that rests entirely on Duvall’s shoulders.

And while you’re probably chuckling to yourself or looking up memes, Nicolas Cage was just beginning his insanely over-the-top phase, with his two best action movie performances to date. His John Travolta impression isn’t as good as Travolta’s Cage impression, but he’s delightfully unhinged in Face/Off‘s first half. In Con Air, he’s one of the few noble men on a plane full of convicts, who just wants his bunny back. 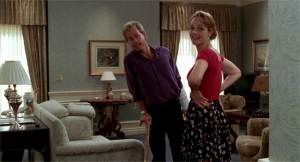 Should have won: No complaints here
Not even nominated: Pam Grier, Jackie Brown

While she’s not thought of as highly as she should be today, 1998 was the peak of Helen Hunt’s massive charm. She was wonderful on Mad About You, winning three consecutive Emmys. And she’s frustrated but still alive and beautiful and fighting for everything she’s got in As Good as It Gets. It’s obviously a lighter movie compared to some of the other nominees, but she’s ultimately what makes it work so well.

But come on. The best female performance of the year wasn’t even nominated. Pam Grier had worked her way through the blaxploitation scene of the ’70s and popped up in random comedies and action flicks after that. But Quentin Tarantino adapted Elmore Leonard’s Rum Punch completely around her, playing the sad, barely-scraping-by version of the slick drug runners and divas of her heyday. She is absolutely astonishing, from first scene to last, and her omission is the biggest crime related to a movie all about crime. Sadly, that great role only resulted in parts in two Showtime series, one of which is all but lost to time. 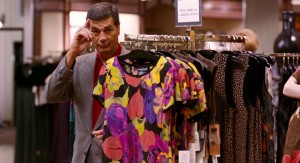 Should have won: Robert Forster
Not even nominated: Edward James Olmos, Selena

Speaking of veterans of the 1970s who struggled to get a part as good as the one QT wrote them, Robert Forster is even more world-weary as no-nonsense bail bondsman Max Cherry, who sticks his neck out for Jackie and comes out of his shell at the same time. While the other nominees are all doing stellar work, with some reaching their absolute peaks (Kinnear and Reynolds in particular), Forster deserves this the most. I do love Robin Williams, especially because he had no shot of winning for his best performance (in The Fisher King, where he lost to… Anthony Hopkins in The Silence of the Lambs), but my heart belongs to Max, crying in his office, just out of focus.

And while I spend a lot of these recaps complaining about how easily impressed voters are with actors playing real-life people, I must give a special shout-out to Edward James Olmos in Selena. As the father of the singer who dominated Latin music (and was on the verge of dominating American pop music, too), he captures the conflicted feelings of a Mexican immigrant clinging to tradition, while still proud of his daughter’s wild success. (By the way, Jennifer Lopez is great in this as well.) 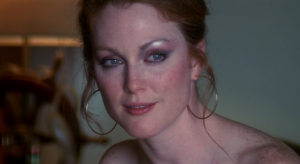 Should have won: Julianne Moore
Not even nominated: Laurie Metcalf, Scream 2

And not to be too mean, but to quote Homer Simpson: “Old lady from Titanic? You stink!” Gloria Stuart is the weakest member of the ensemble, even if she’s responsible for one of the best memes about waiting. I’d toss her overboard in favor of this year’s darling Laurie Metcalf. Though she’s a difficult mom in Lady Bird, she’s nothing like her character in Scream 2, one half of the duo carrying the mantle of her dead son, one half of the duo of killers in the first movie. She only gets a few minutes of screen time, but she really makes her impression. 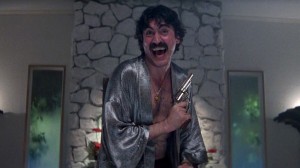 Should have won: Boogie Nights
Not even nominated: Gattaca

Good Will Hunting‘s win made for a great story, but it’s got nothing on the wildness of Boogie Nights, which combines the most entertaining movie and the most depressing movie ever into one package, all while somehow making it work as a complete journey.

You can go ahead and knock off one of Woody Allen’s later efforts for Andrew Niccol’s futuristic noir Gattaca, which ditches the flying cars we dream about for horrifying advances in medicine, where traditionally conceived children are treated like second-class citizens to the kids who are grown in a lab to have the athletic prowess, high intelligence and impeccable jawlines of the best and brightest. It’s one of the best movies of the ’90s, unfairly ignored. 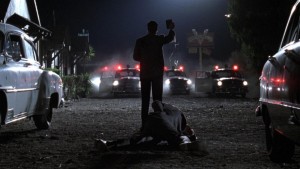 Should have won: No complaints here
Not even nominated: Jackie Brown

L.A. Confidential is the clear winner, even if Wag the Dog deserves some love. But Jackie Brown could have easily taken the place of the undercover mafioso saga Donnie Brasco, which does not belong in the mob canon. Reconfiguring Elmore Leonard’s sly caper as a meditation on aging actors, it’s his best work and most impressive writing.

This entry was posted in Awards, Film, Oscars, Reviews and tagged apostle, as good as it gets, jackie brown, la confidential, titanic. Bookmark the permalink.