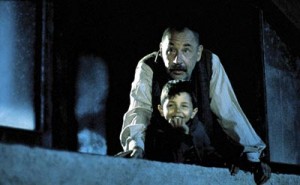 Some movies are like comfort food. Some movies are challenging, immersive and thought-provoking. Cinema Paradiso is both. Though a failure in its native Italy, it eventually became an international smash. While an important movie for those who love movies and film history, Cinema Paradiso is more than accessible to everyone, thanks to the beautiful friendship at its core. It’s one of my mom’s all-time favorites, and it’s become one of mine as well. It’s simply impossible not to fall in love with this movie. 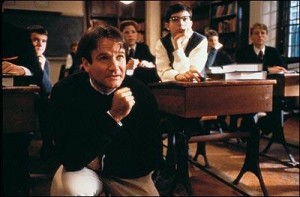 You know how you have to read a lot of novels in high school? Most of them are dreadful, but you occasionally find one you identify with, and it becomes one of your favorites. It’s that way with some of the films we watched in high school as well. Loosely based on writer Tom Schulman’s own boarding school experiences, Dead Poets Society touches on the friendship and alienation so common to high schoolers, but never wallows or condescends. It’s inspirational, without needing ironic quotation marks. 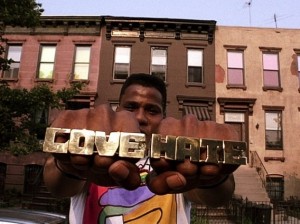 For most of the first 90 minutes, Spike Lee’s Do the Right Thing is a remarkably funny slice-of-life about one block in the Bed-Stuy neighborhood of Brooklyn. But as the temperatures rise and tempers flare, everything starts spinning out of control. That last half-hour is incredibly devastating as these flawed characters we’ve come to know (and some we’ve come to love) indulge in their worst impulses and try to destroy each other. The movie ends on an ambiguous note, with conflicting quotes from the Rev. Dr. Martin Luther King, Jr. and Malcolm X. This was Spike’s first truly great movie, though his response to the controversy surrounding the movie was the first time the public began to see who Spike really is: a brilliant jerk. It’s very easy to admire him but really hard to love him. 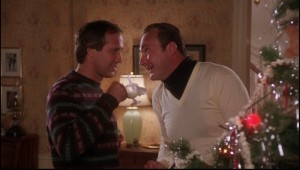 You can have your Miracle on 34th Street, your Christmas Carol. For me, few movies capture the spirit of Christmas—warts and all—better than the third Vacation movie. Holidays always end up being stressful and Christmas Vacation knows it’s not always cheerful around the house on Dec. 25. But the movie still holds the family in high esteem even when other contemporary films did not. Plus, it’s also fall-down funny. “Merry Christmas—shitter was full!” to all, and to all a good night. 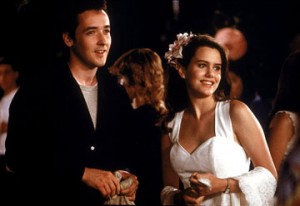 Late in the film, Lloyd Dobler (John Cusack) holds a boombox over his head, blaring Peter Gabriel’s “In Your Eyes.” He could have just as easily been blasting Spandau Ballet’s “True,” because that’s how this film rings. There’s not a moment in it that feels false, all too rare in a movie about high school romance. So many male-written romantic comedies have tried to duplicate the essence of Lloyd Dobler (see: Josh Radnor’s entire career) but the combination of Crowe’s script and Cusack’s performance ensure this could never be pulled off again. 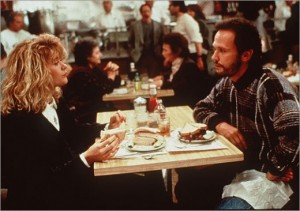 Speaking of great romantic comedies, this is pretty much the gold standard. Nora Ephron’s screenplay is basically perfect, capturing the tone of both men and women adrift in the dating pool. Billy Crystal and Meg Ryan have flawless chemistry. And Rob Reiner finished his incredible ‘80s hot streak.  Sadly, everyone involved would go on to make several attempts to re-capture the magic but never could. At least we’ve got this magnificent romantic comedy, which actually fulfills both parts of its genre.