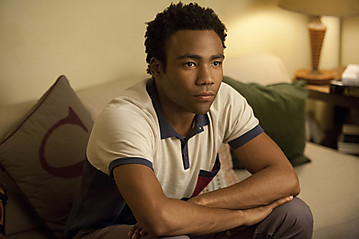 Now that’s more like it. After a frequently frustrating premiere, this follow-up was more like the Girls I fell in love with.

Marnie can be a royal bitch, but even she needs a job, and she doesn’t need judgment from Hannah about her new line of work (hostess at an upscale club, as opposed to Hannah’s “honest” work at a neighborhood diner).

And what to say about Adam? Frequently my favorite character in season one, because he was the only one not living in a fantasy world, was a total horse’s ass here. Between writing sad songs he recorded himself on YouTube (which seems out of character… he should be writing a transgressive spoken word piece like the one he wrote about his middle school years) and sneaking into Hannah’s bedroom late at night, he his fulfilling his creep label. He scared Hannah so bad she called 911, which led to his arrest for failure to appear for Public Urination, which is totally in line with his character.

Yet Hannah still seems the most unreasonable, dumping Sandy under the pretense of his conservative leanings, but really because she can’t stand that he won’t incessantly praise her and her writing. I really hope this isn’t the last we’ll see of Sandy, because there’s so much to be explored here about the political divide in our country, and what happens when an outsider threatens your homogenous world (and not in a dangerous way). I really got involved in the world of Girls during its first season, but I frequently want to see that world upended.

Bitch of the week: Has to be Elijah, who somehow can’t understand that George wouldn’t want to be with him after getting in “three pumps” with Marnie last week. He’s (perhaps wisely) keeping this from Hannah, but it’s going to be a major blow-up later in the season I imagine.

“What’s a girl like you doing in a place like this?” (for character(s) who barely make(s) an appearance): Shoshanna and Ray, sickeningly sweet all cuddled up in bed.

This entry was posted in Previews, Television and tagged donald glover, girls, hbo. Bookmark the permalink.