The hardest part of predicting this year, is that in just about every category, there are four locks or near-locks. But that fifth slot? There are anywhere from 3-10 likely candidates to take it. That means there are likely to be a lot of surprises, and given the awards landscape thus far, they’re probably not going to be pleasant. 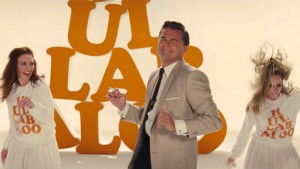 Dark Horse: Bombshell
Long Shot: The Farewell
Total Shock: Knives Out
The skinny: As usual, the question is: Will there be eight nominees or nine? I’m sticking with eight because if there’s nine, there’s no telling what it could be. Is it Bombshell, which got major love from SAG (and as we all know, actors are the most represented branch in the Academy)? Maybe, but the film hasn’t done well at the box office and is unlikely to get any love outside two of its three female performances. Is it The Farewell, which has rightly received a ton of critical adoration and would go a long way in a year that’s (again) mostly white? Maybe, but that August release date now feels like a lifetime ago. And while Knives Out is a hit with critics and audiences, I think voters may find it too lightweight to be one of the year’s best movies? (They’re wrong.) 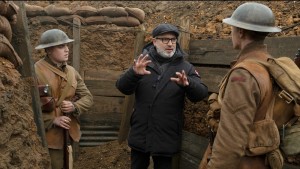 Dark Horse: Taika Waititi, Jojo Rabbit
Long Shot: Todd Phillips, Joker
Total Shock: Céline Sciamma, Portrait of a Lady on Fire
The skinny: I’m currently predicting Noah Baumbach for that fifth slot, despite having no rational basis for doing so. He hasn’t been nominated for any major precursors save the Critics’ Choice Awards, which don’t count for much here. But he’s a stronger choice than Todd Phillips, and it feels impossible to gauge the support for such a divisive movie like Jojo Rabbit. Of course this means no women in here once again. That’s especially a shame this year in which there seemed to be an overabundance of great films made by women, including Greta Gerwig (Little Women), Lorene Scafaria (Hustlers) and Marielle Heller (A Beautiful Day in the Neighborhood). But if the directors’ branch were to do something odd this year, and go way outside the box and nominate a well-respected international director who has never been nominated, they should look no further than Céline Sciamma. 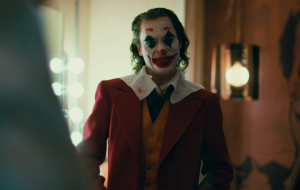 Dark Horse: Christian Bale, Ford v Ferrari
Long Shot: Robert De Niro, The Irishman
Total Shock: Eddie Murphy, Dolemite Is My Name
The skinny: This category is insanely stacked this year, meaning one of the best actors of all time in the lead role in a guaranteed Best Picture nominee is considered a long shot. Antonio Banderas is giving his career-best performance in Pedro Almodóvar’s Pain and Glory, but it’s subtler, and could easily be overshadowed. If he’s out, it’s likely Christian Bale drops by again. He’s picked up a SAG nod, and if the film ends up being a surprise Best Picture nominee, that increases his chances. It’s just too bad that Eddie Murphy won’t be able to find his way in, despite giving his best performance ever. (Yeah, I went there.) 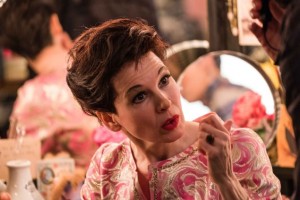 Dark Horse: Saoirse Ronan, Little Women
Long Shot: Awkwafina, The Farewell
Total Shock: Florence Pugh, Midsommar
The skinny: This feels like the category that could experience the most shake-up, despite appearing the most set. I would say the only sure things are Zellweger and Johansson, and then all bets are off. Bombshell has strong support among actors, but less support overall, which could hurt Theron (who missed recognition for Mad Max: Fury Road and Young Adult). Lupita Nyong’o got a crucial SAG nod, but Us came out seemingly years ago and won’t get love anywhere else. And Cynthia Erivo is giving biopics a good name again with Harriet, but the, ahem, demographics of the Academy suggest we could be looking at an all-white slate again. Saoirse Ronan is the closest to finding her way in, with Little Women on the ascent. It’s too bad her co-star Florence Pugh won’t be nominated here for her phenomenal work in Midsommar, which in a perfect world would be getting attention for its production design too. And then there’s Awkwafina, who needs a boost in support for The Farewell, which still might not be enough. 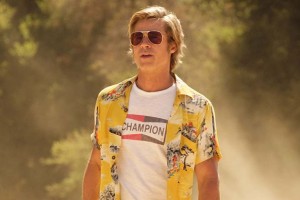 Dark Horse: Song Kang-ho, Parasite
Long Shot: Alan Alda, Marriage Story
Total Shock: Sterling K. Brown, Waves
The skinny: Four previous Oscar winners, plus Brad Pitt. I’m betting on Foxx given his SAG nod, but it could easily be Song Kang-ho, who seems to be the one performer in the tremendous Parasite ensemble to be pushed for an acting award. Then again, Alan Alda could be swept up in the love for Marriage Story and we could have four acting nominees from the same film since American Hustle. If only Waves had taken off, Sterling K. Brown would be getting his first Oscar nod to go with his many Emmys. The movie we haven’t talked about yet is The Two Popes, which I currently have getting zero nods. Originally perceived as a strong contender out of Telluride, it’s so far only hit with the Golden Globes. If it somehow has a lot of support we didn’t know about, Anthony Hopkins could be a threat here, as could Jonathan Pryce in Best Actor. 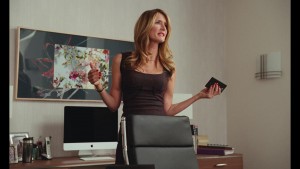 Dark Horse: Scarlett Johansson, Jojo Rabbit
Long Shot: Maggie Smith, Downton Abbey
Total Shock: Lauren “Lolo” Spencer, Give Me Liberty
The skinny: The one race where the winner is already set in stone, nothing is stopping Laura Dern. But this category could also see a shake-up, with Lopez and Zhao looking the most vulnerable. I still don’t buy that Scarlett Johansson goes from zero career nods to two in the same year, but if the Jojo Rabbit base is that passionate, it’s certainly possible. There was some chatter for Maggie Smith, but that seems to have died down. She didn’t even get a BAFTA nod. And while Give Me Liberty now feels like a fever dream since I saw it at Sundance, I haven’t forgotten Lolo’s performance, the best of all supporting performances I saw in 2019.

Dark Horse: 1917
Long Shot: Uncut Gems
Total Shock: The Last Black Man in San Francisco
The skinny: 1917 getting a WGA nod suggests it’s a lot stronger here than I thought, but this is also the category that likes to throw a bone to breathtaking work that’s maybe a little too “out there” for the Academy at large or didn’t have enough support for a Best Picture nod. That’s why I’m picking The Farewell (still assuming it’s considered original) and Knives Out. This seems to be the best hope for Uncut Gems, but it’s the least Academy-friendly movie in years, and there’s too much competition. I’d love to be wrong. 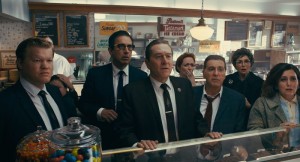 Dark Horse: The Two Popes
Long Shot: Hustlers
Total Shock: Dark Waters
The skinny: Much less competition here, and I feel very confident this will be our slate. Joker should be tossed on its ass in favor of Hustlers, a much better movie about the lengths people rejected by society will go to get their share. That’s to say nothing of Dark Waters, a movie 25 years ago would be leading in most categories. 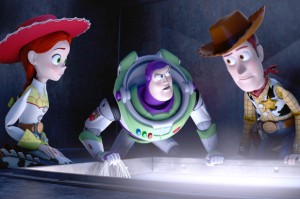 Dark Horse: Weathering with You
Long Shot: Klaus
Total Shock: The LEGO Movie 2: The Second Part
The skinny: A very depressing, sequel-heavy slate. I Lost My Body seems to have the lock on the non-American slot, though I wouldn’t be shocked if Weathering with You keeps it. And this branch foolishly excluded The LEGO Movie five years ago. There’s no reason to believe they’d pick up the sequel, but it happened with Despicable Me 2, and I’ll take The Second Part over Frozen II any day.

BEST SOUND EDITING
1917
Avengers: Endgame
Ford v Ferrari
Once Upon a Time in Hollywood
Star Wars: The Rise of Skywalker