On Thursday, the 88th Academy Award nominations will be announced. More than any year in recent memory, nearly every single category is up in the air. Sure, there are a few locks in some categories, but overall, anything seems possible. Straight Outta Compton nominated for Best Picture and nothing else? It could happen. Alicia Vikander getting nominated twice, in a correction to category fraud? Definitely possible. No acting nominees from the outstanding cast of Spotlight? It’s in play. So here we go. 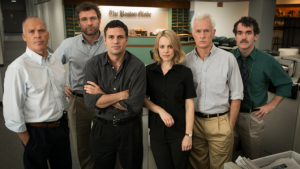 The skinny: As pointed out in this great Indiewire article, the Academy’s preferential ballot system actually works against itself in a year with this many great movies and no consensus: a movie has to get at least five percent of the available No. 1 votes to get a nomination for Best Picture. If there’s an overwhelming choice for No. 1, the votes get redistributed until we get somewhere between five and 10 nominees. But this year, consensus hasn’t happened, so I wouldn’t be shocked if we have five or 10. There were eight last year, and that seems like a good number this year. But truly, I only have confidence that The Big Short, The Revenant and Spotlight make it. Any or all of the others could make or miss the cut. The biggest question mark is Straight Outta Compton. It was a huge hit and has been nominated by three of the four guilds (only missing out on F. Gary Gray for director), but has only the longest of long shots in two other minor categories (Film Editing and Sound Mixing). There wouldn’t really be any precedent for it. 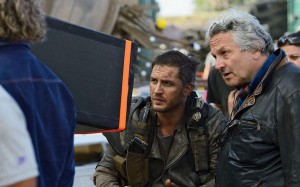 The skinny: Depending on how big the surge for The Big Short is, Todd Haynes might actually be in danger of still never being nominated. I’m a little more confident in the other guys.

The skinny: Could Depp, Fassbender and maybe even Redmayne all miss? It’s possible, but none of it matters, because Leo is winning. 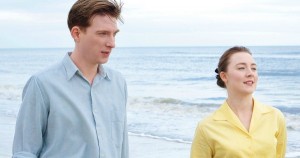 The skinny: The thing that’s hardest about this category is whether the Oscars will correct the faulty campaigns of Carol and The Danish Girl. Both Rooney Mara and Alicia Vikander are unquestionably giving lead performances there, but both are being pushed for supporting. Too much confusion could end up with them both left out. If they stay supporting, I feel pretty confident in this slate. 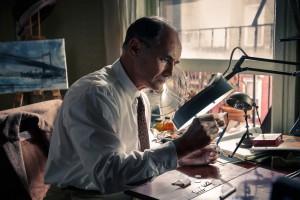 The skinny: What a stumper. Mark Rylance is a shoo-in, but the others? They’re all deserving, but there are also 10 other actors who could say the same thing. Spotlight has Michael Keaton going against Mark Ruffalo (I don’t think both make it), to say nothing of Brian James D’arcy, John Slattery or Liev Schreiber. And The Big Short might swap Bale for Carrell or Ryan Gosling in this category. But this all leaves out great work from Sicario. And some folks are still holding out hope for Jacob Tremblay in Room, but there hasn’t been a boy nominated here since Haley Joel Osment. 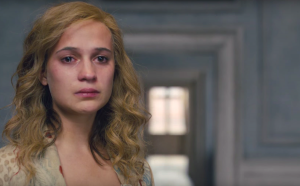 The skinny: If the Academy buys Mara and Vikander as supporting (and Vikander doesn’t miss out because people are also voting for her superior work in Ex Machina), this might be set. Jennifer Jason Leigh would replace Helen Mirren in Trumbo from SAG’s slate. But the big surprise might be Joan Allen, who hasn’t been nominated since The Contender and has no precursor awards to speak of. It’s an honest-to-God supporting performance and might end up with the big shock. 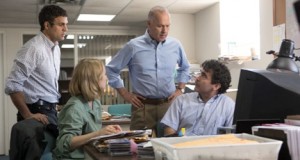 The skinny: Here’s where we get interesting. All of these films have terrific screenplays brimming with interesting ideas. If Bridge of Spies experiences a resurgence, then it might take one of these slots (probably Sicario‘s, sadly). 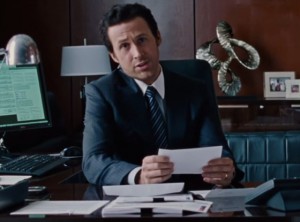 The skinny: It’s a battle between Inside Out and Anomalisa (and Inside Out is gonna mop the floor with Anomalisa). Will The Good Dinosaur‘s gorgeous visuals overcome its tepid reception? If this were any other year, I’d say yes. But one Pixar movie (especially one as amazing as Inside Out) will be plenty. But if Minions gets nominated, I’m going to scream.