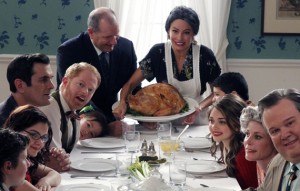 Are you excited for this slate at all? I’m certainly not. I can think of at least four series that deserve a slot over this lot. For the record, those are, in order of deservedness: Parks and Rec, Community, Happy Endings and Louie.

Should win: Curb Your Enthusiasm
Could win: The Big Bang Theory
Will win: Modern Family
Should have been nominated: Parks and Recreation (NBC) 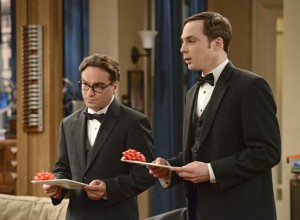 Jon Cryer? Are you kidding me with this? Louis C.K. obviously deserves the win, but I’d be happy if Larry David finally got an Emmy for playing a more curmudgeonly version of himself. But that’s gonna happen. It’ll be Jim Parsons, again. Sigh.

Should win: Louis C.K.
Could win: Larry David
Will win: Jim Parsons
Should have been nominated: Garrett Dillahunt, Raising Hope 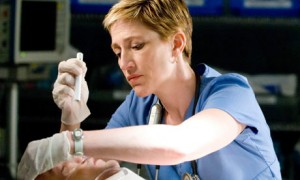 There is only one right answer here, and that’s Amy Poehler, who did her best work to date on Parks and Rec. Anything else ranges from bad to travesty.

Should win: Amy Poehler
Could win: Julia Louis-Dreyfus
Will win: Edie Falco
Should have been nominated: Christina Applegate, Up All Night 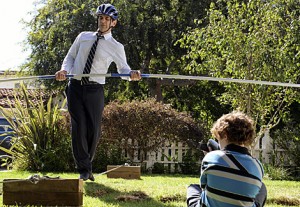 Hader’s pretty much the only reason to watch SNL and he’s the only one with consistently funny characters. But this category is a joke, because Max Greenfield is here and not Nick Offerman. To borrow a Keenen Ivory Wayans title, this is a low-down dirty shame.

Should win: Bill Hader
Could win: Jesse Tyler Ferguson
Will win: Ty Burrell
Should have been nominated: Nick Offerman, Parks and Recreation 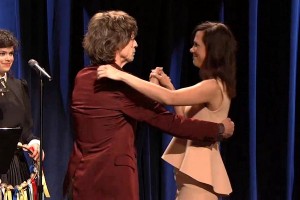 Blossom’s nominated? Cool, I guess. This is actually the toughest category to predict. Joosten sadly passed away so she’s got some odds in her favor and Merrit Wever has a shot because you should never bet against the person no one’s ever heard of (just ask Zeljko Ivanek). But my guess is this year it’ll be the departing Wiig, who’s on to bigger and better things in the wake of Bridesmaids.

Should win: Sofia Vergara
Could win: Kathryn Joosten
Will win: Kristen Wiig
Should have been nominated: Eden Sher, The Middle 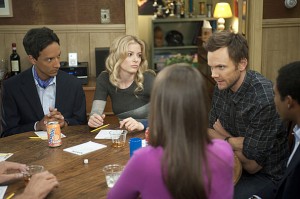 Wow. This is actually a solid category. Community needs an Emmy for something before it ends, and it might as well be for what is arguably the series highlight. But I think they’ll throw a bone to the ultra-hip, painfully funny Girls.

Should win: Community
Could win: Louie
Will win: Girls
Should have been nominated: Happy Endings (“Four Weddings and a Funeral (Minus Three Weddings and One Funeral)”)