It was even harder to craft a top 10 than usual, and that left a lot of shows in that next tier. So once again, I’ve expanded my honorable mentions to 14 episodes of shows that didn’t make the cut, and one unexpectedly brilliant anniversary special. 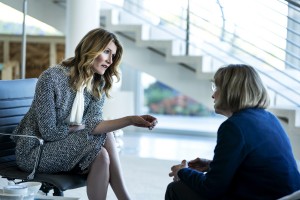 Big Little Lies – “Kill Me”
I felt alone on my island in not only liking Season 2 of Big Little Lies, but also in thinking it was in some ways superior to the original limited series. Adding Meryl Streep was really the only reason to do this, and she was absolutely brilliant as the mother of the recently deceased Perry. She connived and manipulated her way to get what she wanted, and almost succeeded. Her pettiness made it feel like more than just Rich People Problems. 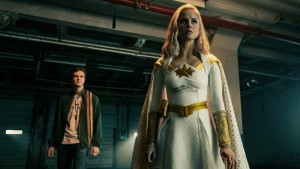 The Boys – “You Found Me”
It was an abundance of riches that we got not one, not two, but three excellent superhero shows in one year. Amazon Prime’s irreverent, ultra-violent satire occasionally had to work for it to feel substantial, but it got there in the back half of its season when things got more sinister, thanks to evil schemes and disturbing psychosexual relationship of Madeline Stilwell (Elisabeth Shue) and Homelander (Antony Starr). In the finale, the full horrors of the military-industrial-superhero complex are revealed, along with a shocking twist for Butcher (a delightful Karl Urban). 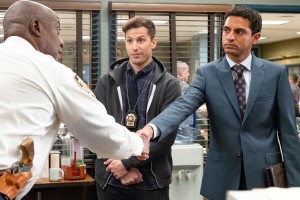 Brooklyn Nine-Nine – “The Honeypot”
That this sitcom slipped out of my Top 10 should be no indication that it’s lost a step in its move to NBC. There was just that much competition. The highlight of the sixth season’s precinct vs. commissioner arc was this absolutely hysterical episode in which it’s revealed that Holt’s new assistant is actually a spy sent to seduce him in order to embarrass the precinct. 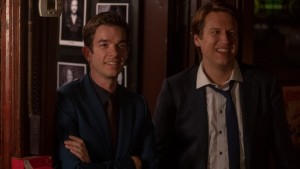 Crashing – “Mulaney”
The season finale served as an unintentional series finale, but it was fitting too. Pete was still trying to find his big break, but he nailed his big shot opening for John Mulaney (playing a delightfully repellent version of himself), overshadowing his hero in the process. We’ll never know if Pete the character ascended the heights of the stand-up circuit, but he ended right where he needed to be, and back with Ali (Jamie Lee). 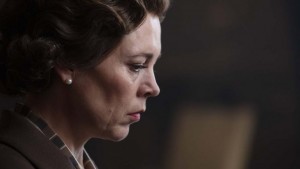 The Crown – “Aberfan”
In the first season of the show with an entirely new cast, The Crown felt a little inconsistent. But there were plenty of highs of course, with this devastating dramatization of the Aberfan mining disaster right up there with the series’ finest hours. Olivia Colman was terrific as usual, nailing the Queen’s dilemma of wanting to show sympathy for the victims without drawing attention to herself. 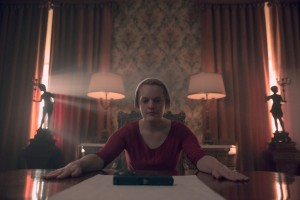 The Handmaid’s Tale – “Mayday”
Let’s get to a spoiler right away: There is absolutely no way June is actually dead. Dying, maybe. But she’s not dead. But this finale served as a fitting tribute to her character, or at least what her character represents at her best. In saving as many stolen Gilead children as possible, she did for others what she couldn’t do for her own daughter. That may have been worth going full Walter White. 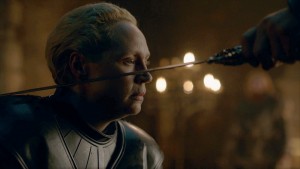 Game of Thrones – “A Knight of the Seven Kingdoms”
Truly, this season was not very good, even if I liked some of the moments most people hated (namely, the arrogant, megalomaniacal Khaleesi torching King’s Landing for not immediately bowing to her). But with some perspective, I’ve come to agree with the consensus that the best episode was the second, the calm before the storm. Even someone like me who’s not a major fan was moved by Brienne’s knighting and the tender and sometimes funny moments our compromised heroes shared before facing down the Night King. 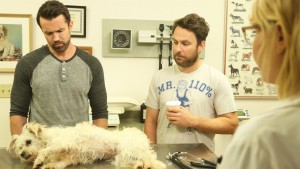 It’s Always Sunny in Philadelphia – “A Woman’s Right to Chop”
One of the show’s great third-rail episodes, touching on a controversial topic in an irreverent way that only the Gang can pull off. Using a hair salon as a stand-in for an abortion clinic, the show charged head-first into a still-sensitive issue, while also sending Charlie and Mac on a quest for a dog abortion. Like its previous takes on gun ownership and racism, it comes to an expected conclusion in a creative way. 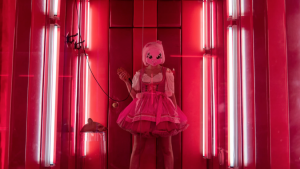 Killing Eve – “Desperate Times”
While there were some dizzying highs – including an episode-long homage to Misery – Killing Eve definitely slid a bit in Season 2. But when it was on, as in this neon-lit trip to Amsterdam, it reminded me of nothing less than NBC’s Hannibal. 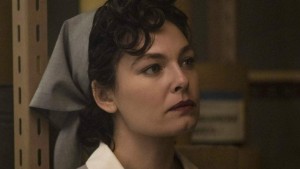 The Man in the High Castle – “For Want of a Nail”
The first three seasons were perfectly adequate sci-fi TV. But the show took a leap in its final season, showing the true cost of supporting fascism and fighting against it. In its penultimate episode, they pulled out all the stops, with multiple thrilling showdowns, including a stunning betrayal in Berlin. 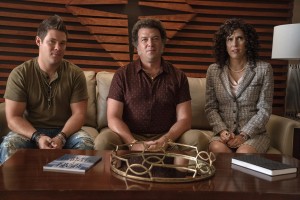 The Righteous Gemstones – “Better Is the End of a Thing Than Its Beginning”
Danny McBride and Jody Hill’s look at the underbelly of televangelism was far less vicious than I imagined, focusing on the all-too-human flaws of its titular family. I could have also used about 20 percent more jokes. But overall it was an immensely enjoyable season, which culminated in this hour-plus finale, which featured a disarmingly funny deathbed flashback, Baby Billy Freeman getting struck by lightning, and Edi Patterson joining the pantheon of great TV monologues.

Silicon Valley – “Exit Event”
A sometimes messy show ended a triumphant season with a deep irony and bitterness that I found frankly astonishing. After finally mastering Pied Piper’s algorithm and earning a major contract from AT&T, the A.I. they’ve built to improve it has grown too powerful, threatening security and privacy on an alarming scale. But unlike most real-world tech companies (and the fake ones within the show), they choose to destroy the monster they’ve created, resigning themselves to modest success. 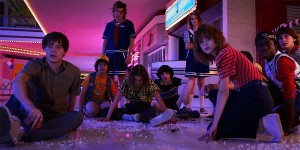 Stranger Things – “The Battle of Starcourt”
The delayed third season was certainly an improvement on the second, and was released at the perfect time: over the long July 4th weekend, perfect for a proper binge. The mall-centric season closed by destroying the shiniest symbol of capitalism, with some devastating collateral damage. And while many people hated that the show came to a screeching halt to sing the theme song to The NeverEnding Story, I couldn’t have loved it more. 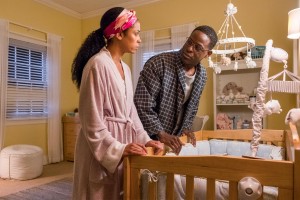 This Is Us – “R&B”
I bailed after the end of the third season of this show and haven’t regretted it yet. Part of it was the show was at a somewhat natural endpoint, and part of it was not trusting the writers to keep finding compelling directions for each of the Pearson family members. But as always, there was a knockout episode. In this multi-layered hour, Randall and Beth hash out all their pent-up frustrations with one another, leaving us to wonder if they’ll make it. (Spoiler: They do.) 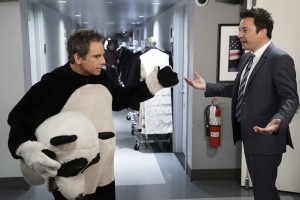 The Tonight Show Starring Jimmy Fallon – “February 25, 2019”
In just five years as host of The Tonight Show, Fallon’s sycophantic ways have grown old. But in this fifth anniversary special, he pays tribute to The Larry Sanders Show, with Jimmy as Larry, Higgins as Hank, and Tina Fey and Ben Stiller as the heightened versions of themselves. It was a bit of unexpected brilliance from a show that always plays it safe.