2018 in Review: The Best Shows and Specials 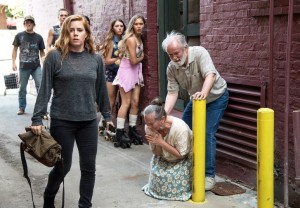 10. Sharp Objects (HBO)
Unlike Big Little Lies, Jean-Marc Vallée’s latest HBO miniseries took some time to get into. But once it established its Southern Gothic horrors, it became a haunting portrait of family abuse, and how that devastation affects people in different, destructive ways.
Standout episodes: “Closer,” “Falling,” “Milk” 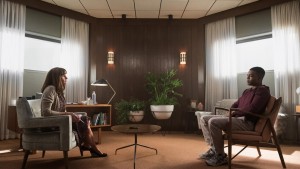 9. Homecoming (Amazon)
Sam Esmail adapted the popular podcast, but then broke all the rules for prestige drama. The score? All snippets from paranoid thrillers of the past. The framing? Square for half the time, until the stunning reveal of the eighth episode. And the big star? It pushes her further than ever before, not letting her rely on her movie star charm for a second. Best of all, most episodes run just 30 minutes.
Standout episodes: “Redwood,” “Test,” “Work” 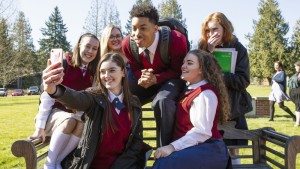 8. American Vandal (Netflix)
The first season was an uproarious, pitch-perfect send-up of true crime docs, as we tried to figure out #whodrewthedicks. But in Season 2, it became more than just a lark. This season (most likely its last, sadly) really explored divides: between white and black, between rich and poor, and between popular and unpopular. That we got this deep dive into sociology and social media from a show that started with a re-enactment of mass diarrhea is even more impressive.
Standout episodes: “Leaving a Mark,” “All Backed Up,” “The Dump” 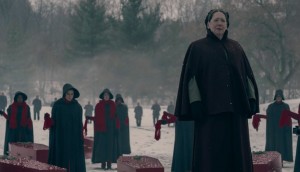 7. The Handmaid’s Tale (Hulu)
Despite an infuriating finale, The Handmaid’s Tale got even better in Season 2. If you thought its Emmy-winning first season was hopeless, this season started with an aborted mass execution at a gallows in Fenway Park. Then, an all-too-brief respite with her lover. On and on it went, until art imitated life as parents were separated from their children again and again. Whatever glimmer of hope characters get – especially Serena (Yvonne Strahovski) – it’s snuffed out just as quickly.
Standout episodes: “June,” “Seeds,” “The Last Ceremony” 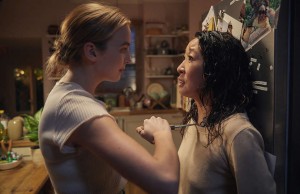 6. Killing Eve (BBC America)
The best acting duo of the year faced off in the year’s best espionage story. Jodie Comer is vivacious and terrifying as Villanelle, the fashion-obsessed assassin. Every bit her equal is Sandra Oh, in the best performance of her career, as Eve, the analyst-turned-spy hot on her trail. Even beyond its complex portrayal of friendship(?), the series is a masterful balance of tone, which shouldn’t be surprising considering it hails from Fleabag creator Phoebe Waller-Bridge.
Standout episodes: “Nice Face,” “Sorry Baby,” “God, I’m Tired” 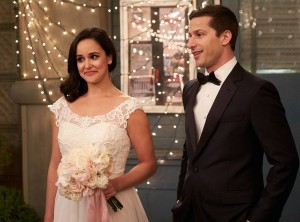 5. Brooklyn Nine-Nine (Fox)
Somehow, Michael Schur’s cop comedy keeps getting even better. In its fifth season, the show delivered its most heartfelt episode (Rosa’s near-death experience in “The Negotiation”), its most formally daring episode (the brilliant bottle episode “The Box”) and the culmination of the romantic arc it’s been building to since the beginning (the wedding in “Jake & Amy”). Its brief cancellation was devastating, but not a surprise. That NBC picked it up for a sixth season proves there’s some good left in this world.
Standout episodes: “The Negotiation,” “The Box,” “Jake & Amy” 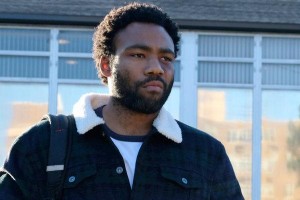 4. Atlanta (FX)
The most elastic show on TV produced more of the same, yet did something completely different in every episode. Its wild opening (part of which was filmed near my home) set the stage for another unexpected set of short stories – dubbed Robbin’ Season – about Earn, Alfred and Darius. One week, Alfred might engage in a Kafkaesque quest to get a haircut. Another, Darius may be caught in the middle of a family horror story. And then Earn might be having a devastating break-up amidst a bizarre German cultural festival (in an episode I actually different care for, but was daring nonetheless). This show followed its own circuitous path, and continued to be like nothing else on TV.
Standout episodes: “Alligator Man,” “Teddy Perkins,” “Woods” 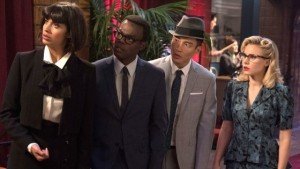 3. The Good Place (NBC)
This incredible comedy took some risks in Season 3 that didn’t always pay off, but it explored an even deeper question than what makes a good or bad person: In a world that rewards bad people, and an afterlife that seems to offer no hope for good people, is there any point in doing good? The Good Place seeks to prove that there is, even though it’s difficult, even if there’s no immediate effect. Whether you agree or not, the show will guide you with the most outstanding ensemble on TV.
Standout episodes: “Leap to Faith,” “Rhonda, Diana, Jake and Trent,” “Janet(s)” 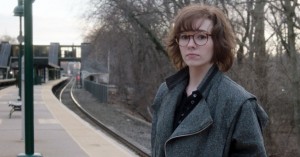 2. The Americans (FX)
A strong contender for the best overall show of the ’10s ended its run in stunning fashion. Set three years after Season 5 (which was still excellent, even if it wasn’t as strong as the others), the race to the end had devastating consequences for all involved. A show that had us questioning loyalties and allegiances throughout revealed the full effects of “service to your country.” It all culminated in the scene of the year: when Stan finally confronts his duplicitous neighbors in a parking garage.
Standout episodes: “Tchaikovsky,” “The Great Patriotic War,” “START” 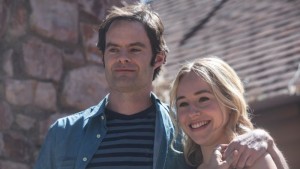 1. Barry (HBO)
Bill Hader was often the standout during his years on Saturday Night Live, but even his consistently terrific performances there couldn’t have prepared me for this triumph of writing, directing and acting. As the hitman looking to leave the game to pursue his acting dreams, Hader is tremendous as Barry. But while a more typical show would have been content with wringing some droll laughs out of that premise, Barry is far more interested in exploring the psychological toll that killing for a living has on a man. But is it still funny? You bet your ass it is, thanks to a barrage of scene stealers, including Henry Winkler as his acting coach, Anthony Corrigan as a friendly gangster and Dale Pavinski as a meathead sharp-shooter. The show ends on a perfect note. Can it go any higher in Season 2?
Standout episodes: “Make Your Mark,” “Do Your Job,” “Loud, Fast and Keep Going” 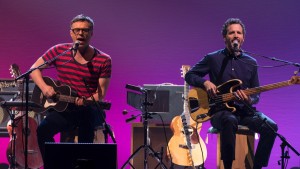 Flight of the Conchords: Live in London (HBO)
A kiss is not a contract, but it’s very nice. And while this isn’t another season of the New Zealand folk comedy duo’s brilliant HBO show, this delightful concert is a worthy substitute. Playing lots of old favorites, as well as two killer new tracks, this was a fun hour that left you marveling at the band’s intricate wordplay. 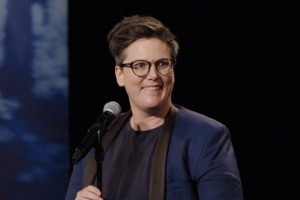 Hannah Gadsby: Nanette (Netflix)
Is it still comedy if there’s not a lot to laugh about? Hannah Gadsby proves it doesn’t matter. Her raw one-woman show is disarmingly low-key in its first half, all the better to devastate you with her tales of survival in the second half. It’s groundbreaking and important television, even if you’re not cracking up. 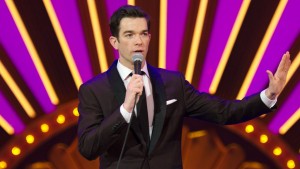 John Mulaney: Kid Gorgeous at Radio City (Netflix)
My favorite stand-up got even better, with this stellar special, his biggest to date. As he goes further into his 30s, his observations ring even truer for me, skewering younger people’s desire for everything to be about “tonight,” the unmitigated gall of colleges to call and ask for donations when we’re still paying off our mountain of debt and the small horror of our failing bodies. But he joins the all-time greats with his final bit: the best routine yet about what it’s like to be living under the awful absurdity of the Trump administration. 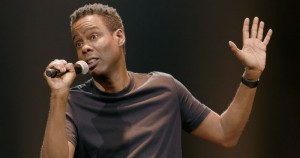 Chris Rock: Tamborine (Netflix)
The legend’s first special in a decade was a no-holds-barred reflection on what led to his divorce. He’s no less funny than he used to be, but he’s a whole lot wiser. That only comes after learning some hard lessons. But at least on stage, Rock proves he’s taken those to heart and not lost a step. 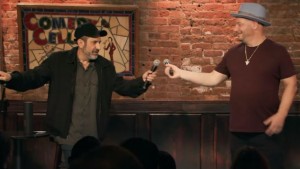 Jeff Ross and Dave Attell: Bumping Mics (Netflix)
Sometimes, you don’t need stand-up comedy to reinvent the wheel. Sometimes you just want to see two old pros mocking each other and the audiences. These three specials – filmed over one long weekend at the Comedy Cellar – was TV comfort food. There are some special guest stars, but the banter and insults are the real highlights.