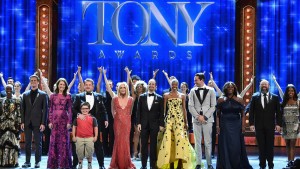 70th Tony Awards
So maybe “Love is love is love is love” reads as a little corny now. But the night after the worst mass shooting in U.S. history, love was what we needed. The most consistently entertaining of all awards shows kicked it up a notch, paying tribute to Broadway’s past while looking toward the future, and honoring Hamilton, the biggest and best musical in a very long time. 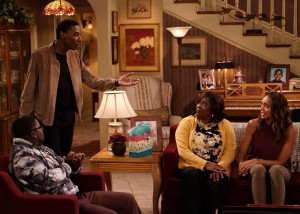 The Carmichael Show – “Fallen Heroes”
For some reason, a reboot of All in the Family is in the works. Besides desecrating a classic instead of forging ahead with an original idea, there’s another reason such a project is unnecessary: We’ve already got The Carmichael Show, which takes the same dynamics, updates the talking points for 2016, and executes it with a game cast. The show peaked early, with this episode about that most sensitive of topics: what do we do with Bill Cosby knowing what we know now? There aren’t any easy answers, but at least the discussion was lively and hilarious. 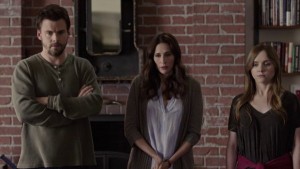 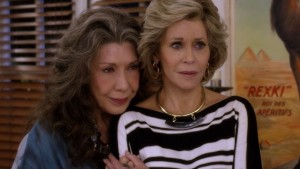 Casual – “The Great Unknown” | Grace & Frankie – “The Party”
These two streaming dramedies about life after divorce had some highs and lows in their second seasons. But both turned in their strongest episodes yet with finales that forced their characters – both the laid-back and the high-strung – to deal with the death of a loved one, and all the complicated feelings that stirs up. If they turn out more episodes like this, and fewer of the overplotted episodes that bogged down their middle sections, they’ll be among the best shows on TV in 2017. 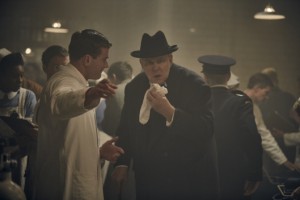 The Crown – “Act of God”
The Crown very nearly made my top 10, but it was a little too stately and repetitive to earn a spot there. But this episode was the season’s true highlight for me, as Churchill refuses to believe the smog can be as bad as people say (in an echo of politicians who deny climate change today), only moved after his beloved secretary is killed by a bus whose driver couldn’t see her in the gray. 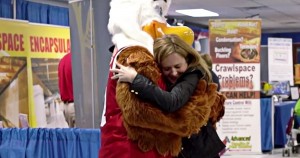 Full Frontal with Samantha Bee
The first show I can say I’ve watched entirely on my phone. Sam Bee’s righteous fury was never afraid to “go there” without coming off as smug, a rare feat. I may not agree with all her positions, but that would be beside the point. She’s hilarious, daring and active, dammit. My favorite segment would definitely be the one pictured above, in which Bee strives in vain to obtain the costume of the NRA’s mascot. The requirements to get it are a mile long, and even then you can be denied use of the costume for any reason. As opposed to an actual firearm, which her staff repeatedly show can be obtained as easily as meeting up with a dude in a Walmart parking lot and paying him cash. It’s hilarious and infuriating, which is an accurate state of American politics today.

House of Cards – “Chapter 43”
House of Cards might never truly live up to its potential. But at least each season gives us one phenomenal episode of television (at a minimum). This episode thrusts everything into chaos as Lucas escapes from prison and attempts to assassinate Frank, who ends up comatose for weeks. It changes the entire power dynamic of the Underwood marriage and sets up that chilling final shot of the season finale. 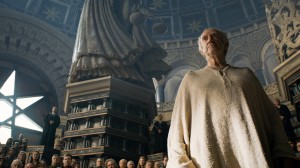 Game of Thrones – The first 20 minutes of “The Winds of Winter”
At this point, I’m never going to get into Game of Thrones. But I did watch more this season than in any past, thanks to my wife, who never misses an episode and often goes back to rewatch every season before the new one starts. Thus, I can completely appreciate the jaw-dropping enormity of what they pulled off in the finale. Cersei’s revenge is horrifying, audacious and maybe sort of understandable? The first 20 minutes were the most tense I’ve been watching any show this year.

Silicon Valley – “The Uptick”
This season felt like a step back from me, despite some stand-out moments (the horse insemination, Richard screwing up their scheme by being a clumsy doofus, and Dinesh singing “The Pied Piper” wearing the world’s ugliest jacket). But my semi-disappointment faded during the season finale, in which Pied Piper is saved yet again, this time by Erlich, who reads Richard the riot act before toasting with shots. 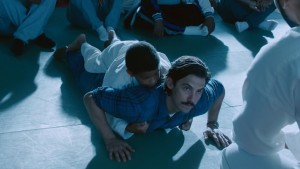 This Is Us – “The Trip”
This Is Us can often be clumsy in its sentiment, but damn if it’s not effective. This episode, in which the kids escape to their parents’ cabin after a testy Thanksgiving, provides Randall (Sterling K. Brown) a chance to deal with learning his adopted mother (Mandy Moore) kept in contact with his biological father (Ron Cephas Jones). The drug hallucination allows for heightened emotions both for him and the audience, and the flashback pictured above brings forth the tears like the show hadn’t quite done for me yet. 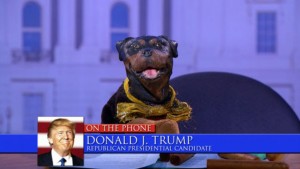 Triumph’s Election Specials 2016
This presidential election will go down as the dumbest for a variety of reasons. Luckily, Triumph the Insult Comic Dog was there to mock it all year. His first special, in which literally hounded Ted Cruz, was the best, especially for his segment on microaggressions with a group of overly sensitive college students. But the later specials had their gut-busting moments too, including an unending string of jokes about Atlantic City, a terrorist dunk tank at the RNC and teaching Mike Huckabee some new insults. But he also proved beyond a shadow of a doubt that Democrats can be just as gullible and forgiving of their candidate’s flaws as Republicans.

This entry was posted in Best Of, Television and tagged carmichael show, casual, crown, full frontal, game of thrones, grace and frankie, hbo, house of cards, hulu, netflix, silicon valley, this is us, tony awards, triumph. Bookmark the permalink.