I didn’t listen to nearly enough pop radio to come up with a full playlist of audio atrocities, so I’ll just discuss the two tracks that hurt my ears the most. 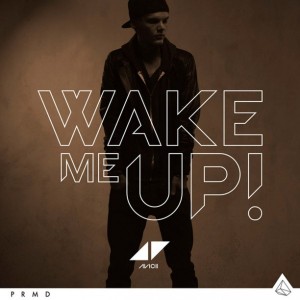 AVICCI — “Wake Me Up”
Is this what it’s really come to? A dreadful combination of what passes for folk and what passes for dance music? Good for Aloe Blacc, who is probably singing his heart out (even though we can’t tell under all the AutoTune) and didn’t even get a “featuring” credit. No song in 2013 had me reaching for the dial as much as this disaster, which one critic dubbed “Mumford-step.” Wake me up when this song’s off the airwaves. 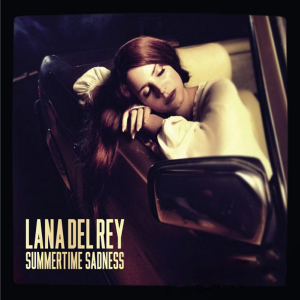 Lana Del Ray — “Summertime Sadness” (Cedric Gervais remix)
This may surprise you, but I really love dance music. Like romantic comedies though, there’s a lot of dreck to sift through to get to the good stuff. Unfortunately, the dreck is more popular. I never took a shine to Del Rey before, and even if her latter-day torch singer schtick didn’t work, house diva isn’t a good career option either. Cedric Gervais’ remix — the one you heard on the radio — turns a boring song into a disjointed mess. I love upbeat songs with depressing lyrics, but this combination was way too jarring.

Least in Need of Further Evaluation
Robin Thicke feat. T.I. & Pharrell — “Blurred Lines”
Whether you love it or hate it — and you probably just hate it because it was played everywhere all summer long, not because you genuinely dislike any part of it — I think we can all agree it’s time for the thinkpieces to stop. For one, all these open letters and essays are putting more thought into a song than was put into the song itself. This is just a dumb, fun song, featuring lots of horrendous pick-up lines. I lost track of how many links I saw on Facebook, calling out this song for glorifying “rape culture,” mostly because Robin slurs the line, “I know you want it.” Look, Robin Thicke may be a douche, but he’s certainly not encouraging sexual assault. That’s a leap even Evel Knievel would have trouble making.

Best Concert
Haim (Austin City Limits Music Festival)
Not only did they claim 2013’s best album, they also put on the best show of the year. Again, it’s astonishing how polished they are on their debut album and first significant tour.

Most in Need of an Editor
Justin Timberlake
We waited nearly seven years for a follow-up to FutureSex/LoveSounds, still one of the finest pop albums of this century. JT certainly delivered a lot of music, with two volumes of The 20/20 Experience. But like all double albums, some judicious trimming would have made another terrific pop album. Unlike superfluous double efforts like the Smashing Pumpkins’ Mellon Collie and the Infinite Sadness, there aren’t too many songs. They’re just too long. “Mirrors” is a fine four-minute power ballad. At eight minutes, it’s overkill. In fact, the shortest song of all of them is “That Girl,” which still features a 45-second spoken intro. Maybe learn to cut a little next time?

That’s Good, but Maybe You Should Try Something a Little Different?
Sleigh Bells and The National
I was a big fan of Reign of Terror and High Violet, the last respective albums from these bands. Some groups don’t always need a major change-up, but their new efforts felt me as lazy (Sleigh Bells) and complacent (The National). There’s nothing wrong with Bitter Rivals or Trouble Will Find Me, but neither grabbed me like their past works. The only reason I felt like I needed to listen to them more was out of obligation. Maybe some variety or something resembling a challenge would carry both groups a lot further.

Best Music Video
Ylvis — “What Does the Fox Say?”
Still the most bizarre U.S. Top 40 hit ever, this comedy duo from Norway completely stole The Lonely Island’s thunder. It’s monumentally dumb but also a welcome respite from the same four artists on pop radio. And the video is as ridiculous as it needs to be. Why can’t we watch their show stateside again?