Even with the abundance of great television we had this year, there was still some egregiously awful stuff at there. Below are the two worst hours I endured. 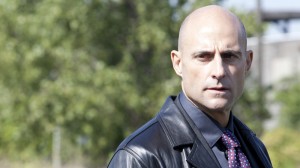 Perhaps my dishonorable mention has less going for it, but there’s no way I couldn’t call this the worst show of 2013. AMC positioned this as the heir apparent to Breaking Bad, but it had literally nothing in common with it. The writing and acting were dreadful and completely wasted an interesting premise. I’m a big fan of Mark Strong, but he deserved better than stretching out his four-hour British miniseries into this 10-hour glacier of a show. This corrupt cop show was set and filmed in Detroit, yet failed to do anything interesting with that setting and every plot twist and dialogue was ripped off from dozens of better procedurals. This is the highest-profile failure of the year. 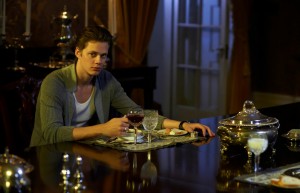 While I never kept up with Ryan Murphy’s nutso American Horror Story—or True Blood for that matter—I know it can be campy, occasionally scary fun. Neither of those can apply to Hemlock Grove, a black eye on Netflix’s otherwise banner year. It has a sprawling cast, everyone of them terrible in one-dimensional roles (yes, they manage both). Then there’s the dialogue, easily the worst I’ve ever heard on any show (and I watched all of The Following). It’s not just the occasional groaner. It sounds as if the writers have never heard humans interact with other humans, even if some of them do have supernatural powers. Also, Famke Janssen has an atrocious accent for no discernible reason. And the special effects budget clearly got slashed at the last minute, because what in the world are we looking at? Sadly, enough people binged the first season so Netflix will allow this real horror show to continue.

Most Hopelessly Dated
The Michael J. Fox Show (NBC)
Michael J. Fox remains one of the most likable stars in Hollywood for a reason: he never does anything half-assed. It’s just too bad his comeback vehicle continues to play it safe. It wants to touch on edgier-by-comparison material Modern Family, Suburgatory and The Middle effortlessly hit each week, but its jokes and set-ups are so stale, it feels like it would be more at home on TV Land.

Most WTF Moments
David Blaine: Real or Magic (ABC)
Though he’d been an instant punchline in recent years, this special—the magic equivalent of Elvis ’68—completely blew my mind, along with dozens of celebrities and real folks. I still don’t know how he did any of these tricks, and neither do many of the participants. Who cares? It was a blast to watch.

Most Addictive Bad Show
The Following (Fox)
I don’t know how Season 2 will work, especially after that botched finale, but I was completely hooked on Fox’s trashy serial killer show. If Hannibal was a filet mignon, this was a bag of sliders from White Castle. You know it’s bad for you, and you’ll feel terrible later, but man it seemed like a good idea at the time. There were some occasional high points (in its penultimate episode, the writers actually used a Poe reference in a way that made sense), but there’s no way I could ever recommend this show with a clean conscience.

Most Memorable Goodbye
Stefon, Saturday Night Live
Years from now, when SNL is well into its fiftieth season, and they’re doing yet another retrospective, Bill Hader will be singled out as one of the best cast members the show ever had. That’s because he was a class act, brilliant utility player and the best impressionist since Darrell Hammond left. His terrific farewell as Stefon, his best character, didn’t feel like navel-gazing (looking at you, Kristen Wiig). It was an unexpectedly moving curtain call for a decidedly silly character.

Show I Still Don’t “Get,” but Promise to Give a Full Shot Some Time in the Future
Bob’s Burgers (Fox)
I gave a few Season One episodes a shot, but it just never clicked with me. Then the reviews kept comparing it to early Simpsons (which also took me a while to love — I know, I’m an awful person) and now it’s consistently called the best animated show on TV. I’ll get it on it, one day.