I almost forgot about this one. Later this week, look for my picks for the best and worst in film.

WORST SHOW OF THE YEAR: 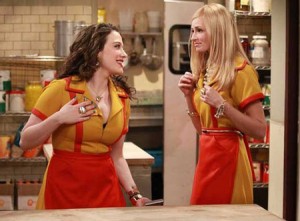 2 Broke Girls (CBS)
Some of this year’s new shows you could tell would be awful before you ever tuned in (Whitney, H8R). But 2 Broke Girls earns this dubious distinction for wasting a good premise (or at least successfully ripping off Laverne & Shirley, the least of its crimes) and the supreme comic talents of Kat Dennings and Beth Behrs. Let’s not forget the stunningly offensive crew at the diner, from the token – in the worst use of the word – appearance of SNL first season vet Garrett Morris as a cashier(?) to the sleazy cook to the worst stereotyping of an Asian character since Mickey Rooney donned buck teeth in Breakfast at Tiffany’s. And there’s a horse that poops everywhere. Even then, it fails to deliver – despite the uproar from the studio audience – on its most basic task: making us laugh. Why this remains a ratings juggernaut while Community sits near the bottom of the Nielsens, I will never understand. 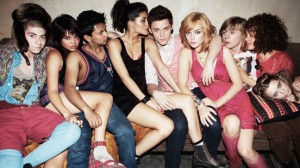 Skins (MTV)
One can only hope this is the last time a network will look at the success of a British series and think it can replicate it simply by producing a carbon copy without any soul of its own. (In fact, networks should stop trying to make British remakes happen period. Free Agents had its own wrinkles and quickly got canceled.) Worst of all, it’s impossible to care about any of these characters. They’re simply one-dimensional, well-off teens with flawless bodies. Skins could have, as a consolation, been some trashy fun. This is, after all, the network that gave us Jersey Shore. But it takes itself far too seriously, as if it thinks it’s My So-Called Life for the social networking age. Dream on.

One Response to 2011 in Review: The Worst Shows