2010 in Review: The Best Performances – Film 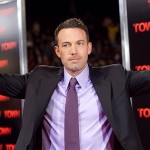 · Ben Affleck, The Town
This recognition is not for his on-screen performance, which is one of the best he’s ever given, but for solidifying his status as a great director. Critical vitriol can ruin a star’s career, especially when the box office catches up with him, but just like Clint Eastwood, he’s firmly established a second act as a terrific director, injecting new life into old genres with great characters and a devoted work ethic. 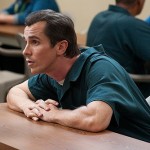 · Christian Bale, The Fighter
How on Earth is it that he’s never been nominated for an Oscar? After more than 20 years in the business, and a decade since he gave the performance of a lifetime in American Psycho, he finally has his first legitimate shot. But forget about what might happen. Let’s focus on what we have right now: a devastating performance as Dicky Edlund, a boxer who pissed away his controversial victory over Sugar Ray Leonard with drug addiction, a grown man who still worries about his mom catching him hanging with the wrong crowd and a gifted corner man who ultimately–and unlike the rest of his family–wants to see his brother succeed. 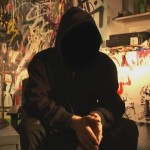 · Banksy, Exit Through the Gift Shop
As the director of this insane and hilarious documentary–or the perpetrator of some elaborate hoax–the street artist takes us into the rivalry and hype that drives this subculture and manages to make everyone look like a tool, including himself. 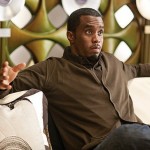 · Sean Combs, Get Him to the Greek
After the release of his appallingly bad Last Train to Paris under the ridiculous moniker Diddy-Dirty Money, he may want to think about a career change. He’s ferociously funny as record mogul Sergio Roma, who terrorizes young protégé Aaron (Jonah Hill) into completing his task of getting rock star Aldous Snow (Russell Brand) from London to L.A. You cannot out-run him; he’s black. 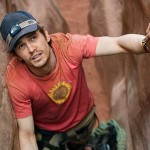 · James Franco, 127 Hours
Franco is in nearly every frame of this harrowing true story from director Danny Boyle. Were it not for his performance, we wouldn’t be so deeply concerned for what happens to Aron. It would just be like every other paint-by-numbers biopic. Instead, we wince at every incision and cheer at every little victory. It’s nothing short of a revelation from someone previously known only as a dreamboat. 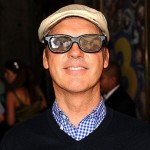 · Michael Keaton, Toy Story 3 and The Other Guys
His comic relief in these two movies brought back great memories of his brilliant turn in Night Shift. But more importantly, seeing one of my favorite actors make his grand comeback was a joy to watch. But that wouldn’t be enough to warrant a spot on this list were he not relishing every minute as the incredibly effeminate Ken and the TLC-quoting police chief. 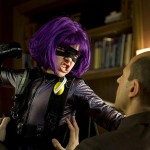 · Chloe Moretz, Kick-Ass and Let Me In
Much like another tween actress (Abigail Breslin), Moretz out-acts fellow cast members twice her age. But what sets Moretz apart, particularly in 2010 is her risk-taking streak. As both the foul-mouthed super-heroine and ancient vampire, she manages to find the human element in characters that are beyond human. 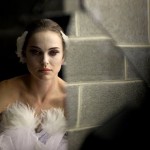 · Natalie Portman, Black Swan
As the perfectionist ballet dancer Nina, Portman capped off 2010’s biggest trend: the character suffering a mental breakdown who may or may not be hallucinating throughout the whole thing (see also: Leonardo DiCaprio in Shutter Island and Inception). Portman’s the glue the holds the whole absurd but enthralling story together: transforming from the virginal joyless White Swan to the loose risk-taking Black Swan. In a word: marvelous. 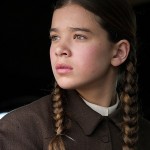 · Hailee Steinfeld, True Grit
Steinfeld’s performance as the tough-as-nails Mattie Ross in the Coens’ latest masterpiece belongs in that rare class of jaw-dropping breakout roles alongside Keisha Castle-Hughes and Haley Joel Osment. From her determination to negotiation to final devastation, she’s the heart and soul of this movie–no matter how much producers will campaign for her as Best Supporting Actress. 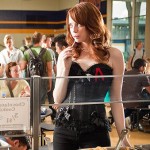 · Emma Stone, Easy A
This is the film that marked the red-headed fox’s transformation from thinking man’s dreamgirl into full-fledged movie star. After turning in great supporting roles in two of the most enjoyable films of the last decade (Superbad and Zombieland), she went straight for leading-lady status with the most clever and hilarious high school movie since Mean Girls. She’s smart, kind, viciously sarcastic and–once she realizes what her decision to embrace her alleged sluttiness has brought on everyone–shaken.

One Response to 2010 in Review: The Best Performances – Film