I didn’t see as many movies in 2010 as I did in 2009, but I definitely feel like I saw more bad movies. And so, unlike my other “worst ofs,” I’m going to have a whole list. While there’s nothing on here are as eye-gouging as He’s Just Not That into You or Friday the 13th–which I had the misfortune of seeing on the same day in ’09–I’m still pretty upset that I had to suffer through these atrocities.

DISHONORABLE MENTIONS (in alphabetical order):
Alice in Wonderland, Brooklyn’s Finest, Cop Out, The Ghost Writer, Legend of the Guardians 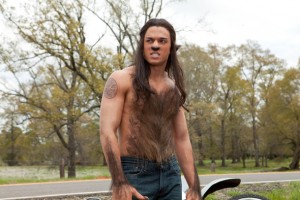 5. Vampires Suck (dir. Jason Friedberg & Aaron Stetzler)
While Vampires Suck marks a somewhat commendable step forward for these schmucks, it’s still painfully unfunny throughout. Jenn Proske is absolutely perfect in her merciless imitation of Kristen Stewart, but that can’t save a movie that features jokes about incest, infanticide and male teats. 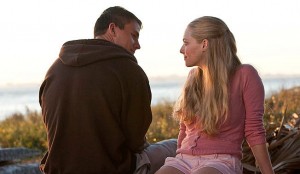 4. Dear John (dir. Lasse Hallström)
If you ever wondered what would happen if you took a sub-Lifetime Channel script, gave it big-name stars and an Oscar-nominated director, here ya go. Richard Jenkins is fantastic as Channing Tatum’s Alzheimer’s-stricken father, but he’s the only bit of gravitas in a movie stuffed to the gills with romance clichés. But worst of all it uses 9/11 as a plot point, a way to move the movie forward once it’s run out of steam. That’s unforgivable. 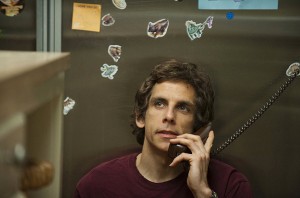 3. Greenberg (dir. Noah Baumbach)
Is Greenberg inherently worse than the other movies on this list? Not necessarily. But it more than earns its spot here for pretending to be above all these other “mainstream” titles and then succumbing to a most overused ending (which some will argue makes it all the more wistful… blah blah blah). Frankly, I haven’t been this disappointed and disgusted at a movie since Choke. It’s thoroughly unpleasant from beginning to end. While it deserves some points for having a character who undergoes no life-altering changing after realizing he’s a huge asshole, it’s more pointless than provocative. This is also a movie that treats a character’s abortion as callously as a tonsillectomy. It’s so bad it almost makes me want to watch something with Adam Sandler. 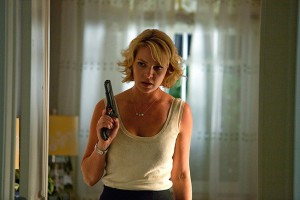 2. Killers (dir. Robert Luketic)
Take the two least interesting leads in modern movie history, add some generic espionage, take away any remaining chemistry and you’ve got Killers. Here, Katherine Heigl officially cements her status as the world’s worst actress, though she’s still neck-and-neck with her 27 Dresses co-star Malin Akerman. This a “romantic action comedy” without a hint of any of those three ingredients. 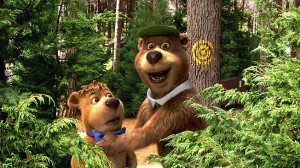 1. Yogi Bear (dir. Eric Brevig)
This cartoon adaptation is not the most offensive film on this list, but it’s by far the laziest. Filmed in 3-D and combining live-action folks with CGI bears is bad enough, but the film also tries to be quasi-topical and funny, succeeding at neither. The likable Tom Cavanagh is reduced to playing the blandest protagonist in movie history and Anna Faris is wasted as his hippie love interest. Meanwhile, Dan Aykroyd is clearly just waiting on a paycheck? If he doesn’t care, why should we?