Thus begins my year-end best-of lists. I’m going to do my best to keep these up, especially since I dropped the ball last year. Hopefully everything will be in by 15 January, but I can’t guarantee anything. So let’s get started with TV’s best performances of 2010. 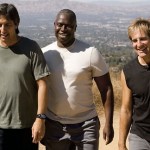 · Scott Bakula, Andre Braugher and Ray Romano, Men of a Certain Age
Some of this list will feel like cheating, since there are so many clusters of actors. But more than ever, this was the year of the fine ensemble. And with all my favorite shows, there were no weak links. With this show, each character tackles his own challenges–a new line of work, taking over the family business and dealing with sudden singleness–in his own way, each trying to prevent past mistakes. Will they turn over a new leaf or fall back into old habits? These three nuanced performances will keep you tuning in each week to find out. 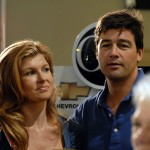 · Kyle Chandler and Connie Britton, Friday Night Lights
There simply has never been another TV couple before or since. Even more so in the tumultuous fourth season, their relationship solidified despite threats of job loss and their daughter’s unstable emotions. They fight, make up, tackle problems together. Basically, they’re the most realistic adult characters on television. 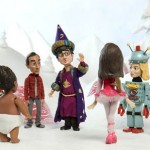 · The cast of Community
Is it a cop-out to list the entire cast? Perhaps. But no show in recent memory has stretched this far in its sophomore season. Hints of any characters becoming one-note flew right out the window as Troy became the unofficial father figure, Abed discovered his love affair with pop culture may be damaging his view of reality, Annie wondered if the group is holding her back, Britta realized her cynicism may hurt the only relationships that matter to her, the gang discovered Shirley’s (past?) alcoholism, Pierce revealed a surprisingly tender side after he broke both legs in a trampoline accident. And then there’s Jeff, who remained a jerk yet always knew how to get at the core of a situation. Oh, but it’s also funnier than ever. 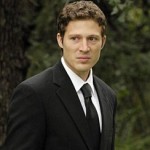 · Zach Gilford, Friday Night Lights
The most devastating performance of the year. Gilford, as former stud quarterback Matt Saracen, finally realized that despite his meaningful relationships in Dillon, the town is holding him back. After his father’s death, it finally proved time for him to head out to Chicago to pursue his dreams of making art no matter the consequences. But it’s the eulogy at his father’s funeral that sticks with you. In those few moments, he manages to convey how he felt naturally sad that he was gone, but also angry that–in his mind–his dad signed up for another tour of duty to avoid responsibilities at home. Complexities like this don’t come along every day. 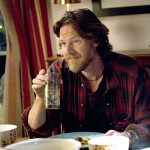 · Donal Logue, Terriers
I had always been impressed with Donal Logue, but nothing could have prepared me for this. His every line is dripping with sarcasm, but it’s only to mask the intense pain he feels for every unsolved case, but particularly for the dissolution of his marriage. And while his Hank may have given up drinking, his self-destructive behavior still hangs around. 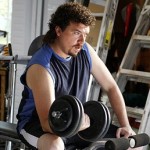 · Danny McBride, Eastbound and Down
The first season saw Kenny Powers as a fowl-mouthed gloryhound constantly showboating and cussing a blue streak. It was entertaining as hell to watch. But season two is a different story. Now pitching for a small Mexican regional team, he still gets the attention he craves, but finally realizes–and then promptly dismisses–how much his actions hurt those around him. Comedy doesn’t get much bleaker than this. 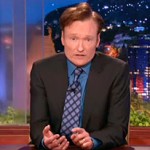 · Conan O’Brien, The Tonight Show
I’ll get to his disastrous new late night show in another post. But I have to give the man serious credit for going out on the classiest note possible. While he had every right to be cynical, he focused his rage into his comedy, with elaborate gags about spending NBC under the table (besides, it’s Jeff Zucker’s fault he’s not still hosting, not Leno’s), a “Free Bird” sing-a-long and the most tender farewell speech since the last time someone exited The Tonight Show (well, without coming back). 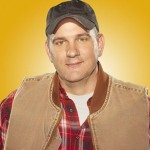 · Mike O’Malley, Glee
Despite my thoughts on the show as a whole (desperation grab!), O’Malley showed a previously unknown tenderness. While I enjoyed him on GUTS and My Name is Earl, this was a side I had never seen before. He’s also the only character grounded in reality, which the show desperately needs more of. 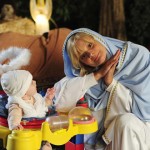 · Martha Plimpton, Raising Hope
I love characters that walk the line between trashy and in control. Jane Kaczmarek did it best on Malcolm in the Middle, but unlike on that show, Plimpton doesn’t have to carry the whole thing. Still, it’s delicious fun to watch her take a roll of “Day Old” stickers to place on loaves of bread at the store in one episode and then give up smoking for the good of her granddaughter. 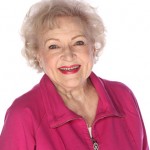 · Betty White, Hot in Cleveland
On the other hand, there’s Betty White. She’s definitely reached her pop culture saturation point, and should slow it down unless she wants to end up in that Golden Palace in the sky. Then again, she’s making up for years without work when people had basically forgotten her. Anyway, on TV Land’s first sitcom, she manages to carry the entire show on her shoulders. She should be getting help from TV vets Jane Leeves (Frasier), Wendie Malick (Just Shoot Me!) and Valerie Bertinelli (One Day at a Time), but they’re too busy being one-note characters with weak dialogue. But as the feisty caretaker juggling two men, White gets to do what she does best: being bitchy. I could take an episode of this followed by a rerun of Golden Girls any day of the week.