The Heat* (R)
Starring Sandra Bullock, Melissa McCarthy, Marlon Wayans
Written by Katie Dippold
Directed by Paul Feig
If Hot Fuzz is the cream of the crop of recent buddy-cop movies, and The Other Guys is a step down from there, The Heat is another step down. It’s funny, often uproariously so. But it constantly goes for the easy jokes, which can sometimes get grating. The longer it goes on, the more endeared you are to the leads, but for a while it can be pretty rough.

White House Down (PG-13)
Starring Channing Tatum, Jamie Foxx, Maggie Gyllenhaal
Written by James Vanderbilt
Directed by Roland Emmerich
Olympus Has Fallen… again? The second of the White House Under Seige movie (third if you count G.I. Joe: Retaliation) of 2013 appears to be more tongue-in-cheek. It remains to be seen if that makes this Die Hard rip-off it any better.

Twenty Feet from Stardom (PG-13)
Directed by Morgan Neville
The Sundance hit doc about back-up singers has done well in its two weeks in limited release. It could end up being a big word-of-mouth hit.
PLAYING AT BOTH ANGELIKAS

Unfinished Song (PG-13)
Starring Terence Stamp, Vanessa Redgrave, Gemma Arterton
Written and directed by Paul Andrew Williams
Someday there will be a great triple feature about old British folks trying to show they still matter, matching this with The Best Exotic Marigold Hotel and Quartet. Lovable curmudgeon Terence Stamp joins a local choir after his wife’s death and maybe, just maybe, will become a little less rough around the edges and learn to “let it go.” There’s nothing wrong with these light comedies, but I’d prefer my senior citizens to have a little more bite in their jokes.
PLAYING AT THE MAGNOLIA and ANGELIKA PLANO 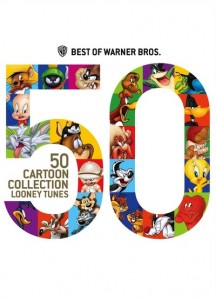 Best of Warner Bros.: 50 Cartoon Collection – Looney Tunes
If you really want all the best Looney Tunes, you’ll have to collect the several Golden and Platinum Collections floating around. But if you want the best available cartoons for under $25, this is your best bet. It may not have everything you’ve ever wanted, but it’s the only set that contains these five masterpieces: “Rabbit of Seville,” “Duck Dodgers in the 24½th Century,” “One Froggy Evening,” “Duck Amuck” and “What’s Opera, Doc?” Sadly, there are no previously unreleased shorts, but if you don’t have any collections yet, this set gives you the biggest bang for your buck.