The Weekender: Tales from the ‘Hood’ 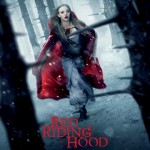 Red Riding Hood
Starring Amanda Seyfried, Gary Oldman, Lukas Haas
Written for the screen by David Johnson
Directed by Catherine Hardwicke
I once thought Catherine Hardwicke had promise, but that was before the franchise-launching disaster known as Twilight. I thought surely she’d return to more story-driven indie films like her debut Thirteen or her highly unorthodox take on The Nativity Story after that debacle. Yet this retelling of the fairy tale–with some ads playing up its forbidden romance angle, others highlight its Crucible-esque witchhunt-makes-us-all-monsters storyline–looks infinitely better, at least aesthetically. I just wonder why she’s choosing to become one of Hollywood’s most enigmatic directors, and I don’t mean that as a compliment. 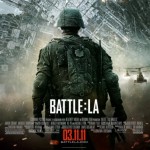 Battle: Los Angeles
Starring Aaron Eckhart, Bridget Moynahan, Ne-Yo
Written by Christopher Bertolini
Directed by Jonathan Liebesman
-Hey, man. Remember how awesome Independence Day was?
Oh yeah. That movie ruled.
-What about District 9?
Totally. It was awesome for not being ‘merican.
-And Cloverfield?
That was kinda cool.
-And Signs?
Sure.
-Also, what was it called? Skyline?
Dude, I have no idea what you’re talking about.
-I’m talking about mixing all those movies together but getting Two-Face and a bunch of terrible actors plus that singer Ne-Yo to be in it?
Get out. No, seriously. Get out. 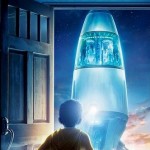 Mars Needs Moms
Starring the voices of Seth Green, Joan Cusack, Tom Everett Scott
Written for the screen by Simon & Wendy Wells
Directed by Simon Wells
The incredible Berkeley Breathed (the Pulitzer Prize-winning Bloom County) wrote this children’s book in 2007, but it’s kinda sad to see it rendered in such creepy form by the folks at ImageWorks Digital, who ensured a new generation of kids would have nightmares thanks to The Polar Express. At least they’re not ruining an Opus movie. Yet. 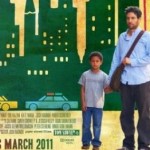 Happythankyoumoreplease
Starring Josh Radnor, Kate Mara, Malin Akerman
Written and directed by Josh Radnor
This super-adorable cutesy little indie dramedy written, directed by and starring Radnor (How I Met Your Mother) is so precious. He’s a successful writer with–get this–writer’s block. But he’s got such guilt over–wow–being from the suburbs and having *gasp* good parents. So he sort of adopts/mentors a little inner-city boy. Aww… And he has a bald best friend (worst living actress Malin Akerman) who gives little pep talks once she realizes she should be more grateful. I think he’s also got two friends who are dating but have, like, commitment issues. Did I mention this is set in super-hip parts of New York? It’s just like my life!
PLAYING EXCLUSIVELY AT THE DALLAS AND PLANO ANGELIKAS 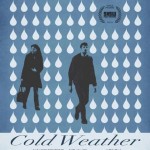 Cold Weather
Starring Cris Lankenau, Trieste Kelly Dunn, Raúl Castillo
Written and directed by Aaron Katz
Now this is my kinda flick. Taking an indie spin on the detective genre (which has been done before but always effectively–Brick, Mystery Team and Assassination of a High School President leap to mind), Katz takes us to Portland, where an unemployed screw-up stumbles into a serious mystery when his new friend’s love interest turns up missing. It could end up being a meandering, rambling indie mess, but I’m more than intrigued by this modern noir filled with characters who live on the fringe.
PLAYING EXCLUSIVELY AT THE TEXAS THEATRE