The Weekender: ‘Super’ in every way 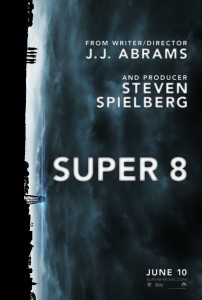 Super 8
Starring Joel Courtney, Kyle Chandler, Elle Fanning
Written and directed by J.J. Abrams
Did we just get blessed with the Movie of the Summer this early? That’s what I’m thinking, and I haven’t even seen it yet. Abrams is the King of the Blockbusters as far as I’m concerned, delivering exciting movies with characters you can care about. He injects humanity into the action instead of simply blowing things up and hoping we’ve checked out enough not to notice the lack of warmth. This is his first completely original outing as director, helming a personal story about a group of misfits who spend the summer hanging out and shooting a film. One night, their shoot captures something they weren’t meant to see, which sets off a bizarre and increasingly frightening chain of events. Oh, and it has Kyle freaking Chandler from Friday Night Lights. Why are you still reading this? Get to a theater and come back to read the rest. 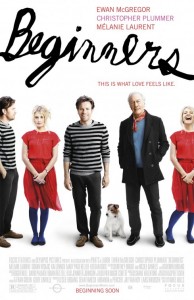 Beginners
Starring Ewan McGregor, Christopher Plummer, Mélanie Laurent
Written and directed by Mike Mills
Until this week, I was going to swear off this ultra-quirky coming-of-middle-age romantic comedy. I can go for adorable and clever (I’m a big fan of 500 Days of Summer), but there’s a limit. Yet reviews have been overwhelmingly positive, praising Plummer’s performance and the gentle way the script tackles each relationship. McGregor is a struggling (of course) illustrator, who meets his Manic Pixie Dream Girl (Laurent, so tough in Inglorious Basterds but still drop-dead gorgeous) at a bookstore. He’s also trying to repair his relationship with his father (Plummer), whose recently widowed but also newly out of the closet. The film could still be a cutesy mess, but I’m now willing to give it a shot.
PLAYING EXCLUSIVELY AT THE MAGNOLIA 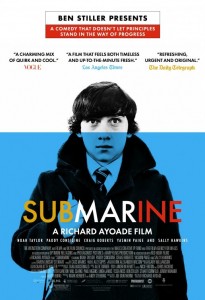 Submarine
Starring Craig Roberts, Sally Hawkins, Noah Taylor
Written for the screen and directed by Richard Ayodae
Another UK import about a misunderstood boy who finds love amongst the weirdness of his life? Ordinarily I’d say yuck, but I’m hopeful about his one given its strong cast, acclaimed source material a vibe that it invites you to laugh with its characters, not at them.
PLAYING EXCLUSIVELY AT THE ANGELIKA PLANO and THE MAGNOLIA 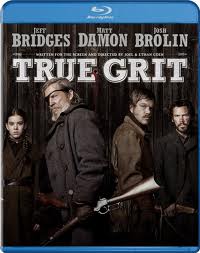 True Grit (Grade: A)
Exceptional in every way, the Coens’ much grittier take on Charles Portis’s novel brought the gifted directors their first bonafide hit and again proved their miles ahead of every other director in Hollywood right now. Jeff Bridges adds to his stacked résumé, while Hailee Steinfeld holds her own in every scene. It simply could not be more impressive, from the astute cinematography to the haunting score, everything in this remake feels fresh.
(Netflix, Redbox, Blockbuster Express, Family Video, Blockbuster) 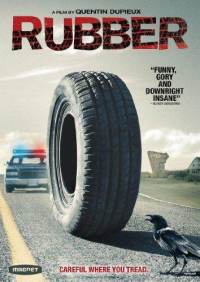 Rubber (Grade: B)
Rubber makes almost no sense. It is a movie that must solely exist in the midnight circuit. It is a true cult classic and a wonder it even got made. That being said, it’s a complete mess, jogging back and forth between comedy and gore, coherence and incoherence. Still, you have never seen anything like it, nor will you see anything like it in the future. For that reason alone, it is certainly worth a rental.
(N, B) 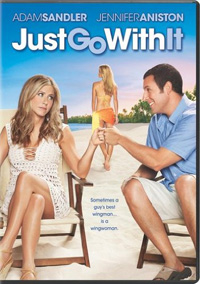 Just Go with It
Sometimes I wonder just how stupid people are. Year after year, Adam Sandler gets studios to fund a months-long vacation for him and some of his buddies under the guise that their “filming a movie.” Everything is phoned in yet audiences eat it up. In this extremely loose remake of Cactus Flower, Sandler is a horndog who fakes being married (and sometimes widows) to woo gullible women. When his dreamgirl (Brooklyn Decker, huminna-huminna) finds his ring, he creates an elaborate lie, roping in his assistant (Jennifer Aniston) to pose as his soon-to-be-ex-wife. Somehow they end up in Hawaii with Nick Swardson doing a bad German accent. Hold yourselves to a higher standard, people!
(R, BE, FV, B) 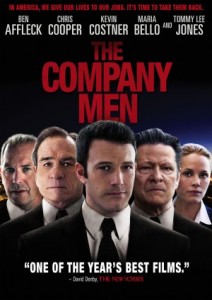 The Company Men
A movie that’s definitely going to hit close to home for lots of folks. The Company Men follows several out-of-work men and the ways they deal with sudden unemployment. It was all I could do to keep from crying at the trailer, so I’m expecting lots of tears throughout, which will be a testament to the convincing performances and unflinching script.
(N, R, BE, FV, B) 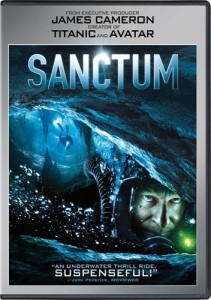 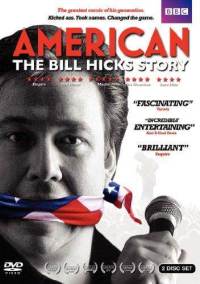 American: The Bill Hicks Story
It is hard to express how much I deeply miss Bill Hicks’ presence in this world. His social satire would make Jon Stewart like a pre-schooler. Simply put, he was one of the greatest philosophers of the 20th Century. This documentary traces his transformation from hysterical comedian to America’s preeminent cultural critic.
(N, B)