The Weekender: ‘Man’ of the Hour

Iron Man 3 (PG-13)
Starring Robert Downey Jr, Gwyneth Paltrow, Ben Kingsley
Screenplay by Drew Pearce & Shane Black
Directed by Shane Black
Now that The Avengers has conquered the world, I hope Iron Man 3 can be spared from the machinations that hampered the second film from further exploring its themes. But these last few summers have taught me to temper my expectations. I’m going in expecting good things, but nothing great.

The Reluctant Fundamentalist (R)
Starring Riz Ahmed, Kate Hudson, Kiefer Sutherland
Screen story by Mohshin Hamid & Ami Boghani
Screenplay by William Wheeler
Directed by Mira Nair
Even if they’re not always interesting, Nair’s films have a true sense of culture often lacking from American films. Her latest is an adaptation of the controversial novel about a Pakistani financier torn between his capitalist dreams and his more traditional heritage. Whether the thriller elements weave seamlessly or feel tacked on remains to be seen. Still, I’d be less worried if Kate Hudson wasn’t in this.
PLAYING AT THE MAGNOLIA 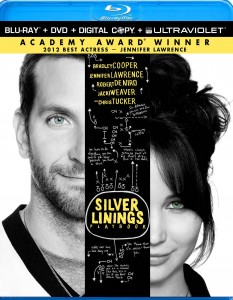 Silver Linings Playbook (92%)
Keep your Argos, your Lincolns, your Amours. To me, this is still the best movie of 2012. There’s a depth rarely explored in American films, but possesses an equally rare warmth. That tone’s nearly impossible to pull off, but director David O. Russell makes it work, giving every actor but Robert De Niro the role of a lifetime.