The Weekender: Less than ‘Perfect’

The 25th Dallas Video Fest kicked off Wednesday night with the full-scale experiment Expanded Cinema at the Omni Hotel. Thursday debuted the fest in earnest with the debut of the entertaining and enlightening documentary Ann Richards’ Texas. Learn more about the screenings and panel discussions at videofest.org.

Looper* (R)
Starring Joseph Gordon-Levitt, Bruce Willis, Emily Blunt
Written and directed by Rian Johnson
Easily one of my most anticipated movies of the year, Looper is Rian Johnson’s follow-up to two of my all-time favorites: Brick and The Brothers Bloom. He’s taking a sci-fi departure here, but with plenty of humor as well. JGL is the young hitman assigned to kill his older self (Willis) but has expected trouble carrying out his mission. The movie is dark but deliberate, taking its time setting up its characters. It’s smart and wildly entertaining. How’s that for awesome?

Hotel Transylvania (PG)
Starring the voices of Adam Sandler, Andy Samberg, Kevin James
Story by Todd Durham and Dan & Kevin Hagerman
Screenplay by Peter Baynham and Robert Smigel
Directed by Genndy Tartakovsky
The presence of the Sandler stable worries me, but that’s erased by having Dexter’s Laboratory creator Tartakovsky at the helm. Our bumbling protagonist (Samberg) winds up at the titular rest stop as its first human guest.

Won’t Back Down (PG)
Starring Viola Davis, Maggie Gyllenhaal, Holly Hunter
Written by Brin Hill and Daniel Barnz
Directed by Daniel Barnz
It’s not a documentary on Tom Petty or a sequel to Never Back Down, but are you sure this isn’t just Music of the Heart without the violins? Davis plays a mom who teams up with a teacher (Gyllenhaal) to reform the school that’s failing their kids. Good luck with that.

The Perks of Being a Wallflower (PG-13)
Starring Logan Lerman, Emma Watson, Ezra Miller
Written for the screen and directed by Stephen Chbosky
Chbosky steps into the director’s chair for the first time to adapt his own novel. Expect an abundance of teen angst, but great performances from the young cast.
IN LIMITED RELEASE

Pitch Perfect (PG-13)
Starring Anna Kendrick, Brittany Snow, Rebel Wilson
Written for the screen by Kay Cannon
Directed by Jason Moore
Anna Kendrick and Brittany Snow are too old to be playing college freshmen, but if it succeeds, this could be a fun musical gem, like The Rocker or Bandslam. Though for Kendrick’s sake, I hope this one finds more box office success. The movie expands into wide release next week.
IN LIMITED RELEASE

Liberal Arts (NR)
Starring Josh Radnor, Elizabeth Olsen, Richard Jenkins
Written and directed by Josh Radnor
Just as his How I Met Your Mother character Ted, Radnor’s indie dramedies are either taken as endearing or annoying. His latest follows a 30-something (Radnor himself) who falls for a young college student (Olsen). They trade books and stuff, because they’re smart like that.
PLAYING AT THE ANGELIKA PLANO and THE MAGNOLIA

Angelika Plano: Diana Vreeland: The Eye Has to Travel (PG-13) 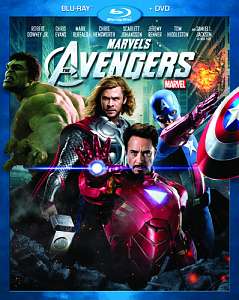 The Avengers (92%)
As one of the highest-grossing movies of all time, you don’t need me to tell you that The Avengers had high expectations and delivered on every single one of them. This is the first must-own 2012 movie.