Argo (R)
Starring Ben Affleck, Alan Arkin, John Goodman
Written for the screen by Chris Terrio
Directed by Ben Affleck
Sure to be a major player at the Oscars this year, Argo tells crazy-but-true story of the 1980 attempt to extract some Americans who happen to escape the embassy siege in Iran. Affleck continues to improve as a director and with a talented cast and period details in a timely story, this should be one of the best movies of the year.

Seven Psychopaths (R)
Starring Christopher Walken, Colin Farrell, Woody Harrelson
Written and directed by Martin McDonagh
Anyone who writes and directs In Bruges pretty much gets a lifetime pass. But McDonagh won’t need it, because I’m expecting a hilarious, foul-mouthed caper movie, the likes of which we haven’t seen in ages. Plus, Tom Waits!

Here Comes the Boom (PG)
Starring Kevin James, Salma Hayek, Henry Winkler
Written by Kevin James and Allan Loeb and Rock Reuben
Directed by Frank Coraci
While I still think Zookeeper might be the worst movie I’ve never seen, somehow this re-teaming of director and actor doesn’t look like it will be anywhere near as bad. James plays a middle school teacher who raises money for his cash-strapped school by becoming an MMA fighter. Everything about this should make me hate it, but it just keeps winning me over.

Check out movies opening in limited release after the jump:

Atlas Shrugged: Part II (PG-13)
Starring Samantha Mathis, Jason Beghe, D.B. Sweeney
Written for the screen by Duke Sandefur and Brian Patrick O’Toole & Duncan Scott
Directed by John Putch
The free market spake, and lo, it did not want a film version of Ayn Rand’s best-seller. But ye, the producers continued forth with their vision of futuristic heartless jerks refusing to have compassion in the most heavy-handed manner possible.
PLAYING AT THE ANGELIKA DALLAS and CINEMARK WEST PLANO

The Paperboy (R)
Starring Nicole Kidman, Matthew McConaughey, Zac Efron
Written for the screen by Lee Daniels & Peter Dexter
Directed by Lee Daniels
Critics agree The Paperboy is a huge mess, but they’re split on whether it’s an enjoyable or insufferable one. Kidman plays the obsessed fan of a murderer (John Cusack) and requests a hotshot reporter (McConaughey) investigate his conviction. But then Kidman meets the reporter’s shirtless brother (Efron) and things get messy.
PLAYING AT THE ANGELIKA DALLAS and CINEMARK WEST PLANO

The Magnolia: The Other Dream Team (NR) 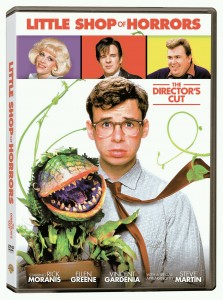 Little Shop of Horrors (The Director’s Cut)
There’s an abundance of great movies this week, from new releases (Prometheus) to concerts (LCD Soundsystem’s Shut Up and Play the Hits) to classics premiering on Blu-ray (E.T.). But this dark comedy gem—a musical about a bloodthirsty plant—has been out of print for years. This edition finally features the original ending that was cut because of its loyalty to the stage version. Warner recently found a color negative of that original ending and has finally restored it for fans to see. Be sure to add this “mean green mother from outer space” to your collection.