The Weekender: Get ‘Real’ 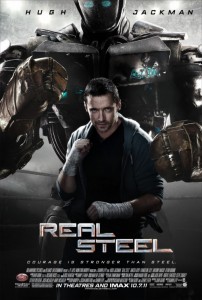 Real Steel (PG-13)
Starring Hugh Jackman, Evangeline Lilly, Anthony Mackie
Screen story by Dan Gilroy and Jeremy Leven
Written for the screen by John Gatins
Directed by Shawn Levy
AKA Rock ’em Sock ’em Robots: the Movie! Look, Jackman’s got enough charisma for 10 actors and the source material (a Richard Matheson short story) is worth mining, but the film looks like Transformers meets I, Robot in The Fighter, and that’s not a movie worth fighting for.

The Ides of March (R)
Starring George Clooney, Ryan Gosling, Philip Seymour Hoffman
Written for the screen by George Clooney & Grant Heslov and Beau Willimon
Directed by George Clooney
The buzz out of Toronto was not quite as big as some expected, with the consensus being, “We saw most of this played out in Primary Colors.” But any movie that’s going to ape one of the greatest movies ever made about politics and take it to a darker place is OK with me. Based on Willimon’s play Farragut North, Gosling plays an up-and-coming campaign consultant for a dream Democratic candidate (Clooney). He finds himself besieged by a rival campaign manager (Paul Giamatti) and an awful secret the governor may be hiding. This is the kind of juicy political thriller that’s right up my alley. And just look at that cast. 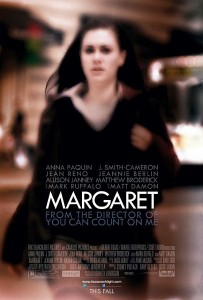 Margaret (R)
Starring Anna Paquin, Mark Ruffalo, Matt Damon
Written and directed by Kenneth Lonergan
It’s taken six years for Lonergan’s follow-up to his Oscar-nominated debut feature You Can Count on Me to see the light of day. The director fought hard for his cut of the film to be the one released, which some would count as a victory. But Fox Searchlight—perhaps sick of dealing with the film—is uncharacteristically dumping it with almost no promotion. The end result could be a compelling drama about the aftermath of a bus accident and the woman who may have caused it (Paquin), but at this point it’s probably best to wait for the DVD.
PLAYING EXCLUSIVELY AT THE ANGELIKA DALLAS 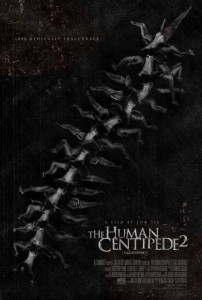 The Human Centipede 2: Full Sequence (NR)
Starring Laurence R. Harvey, Ashlynn Yennie, Dominic Borrelli
Written and directed by Tom Six
The first film—which shocked audiences around the world and essentially became a 21st Century Faces of Death, a movie you watch only on a dare—debuted just over a year ago. This tangential sequel about an obese freakshow who tries to complete what the mad scientist started feels ultimately unnecessary and an excuse to test audience limits. The film has been heavily edited in the UK and that might drum up enough interest for a few sick individuals, but this will likely end up a midnight-circuit footnote at best.
PLAYING EXCLUSIVELY AT THE INWOOD LOUNGE

Criterion (new to Blu-ray): Harakiri, Saló or the 120 Days of Sodom

One Response to The Weekender: Get ‘Real’