The Weekender: Expect the ‘Unexpected’

The Hobbit: An Unexpected Journey (PG-13)
Starring Martin Freeman, Ian McKellen, Cate Blanchett
Written for the screen by Fran Walsh & Philippa Boyens & Peter Jackson & Guillermo del Toro
Directed by Peter Jackson
If I say I’m not excited for this prequel, don’t misunderstand. I appreciated the artistry and spectacle of the original Lord of the Rings trilogy, but I’m not one of the series’ many disciples, the kind who spend a whole week watching the extended editions. And I’m not happy they’re making this a trilogy, considering The Hobbit is a novella at best while The Lord of the Rings took up three sprawling books. Plus, early word says this 48fps display Jackson was so gung ho about is distracting. So really, it’s hard for me to actually care about young Bilbo (Freeman) and the gang of dwarves and wizards and elves he meets on his journey.

The Loneliest Planet (NR)
Starring Gael Garcia Bernal, Hani Furstenberg, Bidzina Gujabidze
Written for the screen and directed by Julia Loktev
Apparently this is a movie you can’t say much about because it will give away the plot’s central twist. All I know is that Bernal and Furstenberg play an engaged couple who make a decision on a hiking trip that changes everything.
PLAYING EXCLUSIVELY AT THE MAGNOLIA 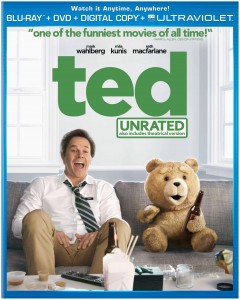 Ted (69%)
Easily one of the year’s most pleasant surprises, Ted is a gut-busting comedy. Seth MacFarlane wrote, directed and starred in a completely original comedy (though there are shades of typical arrested development, man-child movies) that doesn’t play by any established rules. Sure, it’s a little too long, but it’s consistently hilarious and features the cameo of the year: Flash Gordon himself.

DVD: The Story of Film: An Odyssey*