New feature: Every now and again, I’ll check in with some of the shows I’m keeping up with. To kick things off, I’ll recap the pilots (and in some cases, second episodes) of the new series. All times CDT. 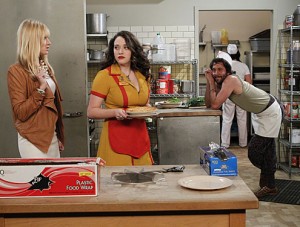 2 Broke Girls (C+)
8:30 p.m. Mondays, CBS
The pilot showed potential, especially given that it’s got two well-rounded female leads. But those hopes were dashed in week two, as the show fell back on time-tested sitcom tropes, including, but not limited to, stupid ex-boyfriends, pratfalls into fecal matter, and ethnic stereotypes. More unsettling is the show’s insistence on making a character’s horse a regular character. But that’s more welcome than show’s mean-spirited humor. Kat Dennings is great when she’s sarcastic and defensive, but it’s disturbing when she makes a joke about how she’s regularly late on her period. Yikes. I give it another week to get its act together. 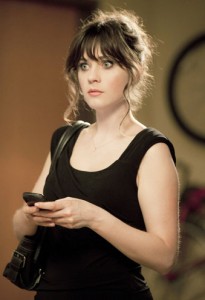 New Girl (C-)
8 p.m. Tuesdays, Fox
If you just want to watch Zooey Deschanel act goofy and appear three-dimensional compared to her interchangeable, personality-free male roommates, you’re gonna love New Girl. Sadly, the show doesn’t know whether we’re supposed to laugh with or at Jess and the show sometimes seems to simultaneously find her quirks adorable and off-putting. In rare moments of melancholy, the show seems to take off, only to have its characters join in an off-key rendition of “(I’ve Had) The Time of My Life.” It wants to be a 21st Century Friends, but there’s a much better show like that on ABC called Happy Endings. 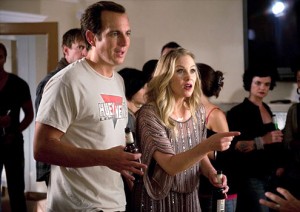 Up All Night (A-)
7 p.m. Wednesdays, NBC
Christina Applegate, Will Arnett and Maya Rudolph make for a great comedic trio in this show from former SNL writer Emily Spivey. Instead of going for easy jokes about poopy diapers and a lack of time to get freaky, the show balances workplace and homestead humor. The situations feel close to reality even when it gets absurd, and that means it’s got Modern Family potential. 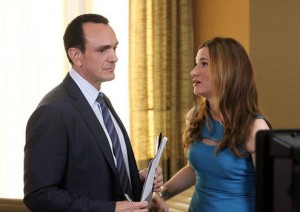 Free Agents (B+)
7:30 p.m. Wednesdays, NBC
A likely candidate for the Fall’s First Victim, this low-rated gem terrifically uses the talents of the underappreciated Hank Azaria and Kathryn Hahn as co-workers who tread carefully in their relationship. They’re co-workers who slept together one drunken night, but grow to discover they’re actually quite perfect for each other. It’s been a while since we’ve seen a straightforward romantic comedy on TV, and the two leads pull it off beautifully. 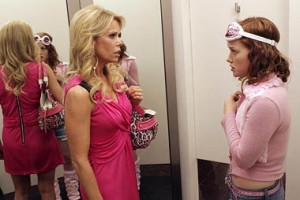 Suburgatory (B)
7:30 p.m. Wednesdays, ABC
If the show laid off the Juno-esque sarcasm and kept its focus on the difficult but loving relationship between father (Jeremy Sisto) and daughter (Jane Levy), it could wind up being the rare show that provides multiple laughs and tender moments. As of now, it’s a fairly humorous, mostly gloves-on suburban satire. And that’s enough to keep me coming back for a while. 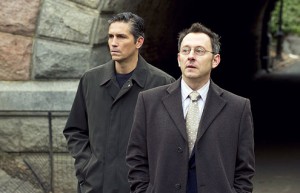 Person of Interest (B+)
8 p.m. Thursdays, CBS
Not quite as impressive as its pedigree (Jonathan Nolan, J.J. Abrams) would have you believe, Person of Interest is nevertheless completely engrossing and thoroughly entertaining. Michael Emerson stars as the mysterious Mr. Finch, who developed a program to predict violent crimes and pick up clues about the people involved in them. He recruits former CIA officer Reese to track down those titular people. Unfortunately, the show too closely resembles a typical CBS procedural with some tech-whiz babble thrown in, but when it works, it’s one of the most exciting shows on television. 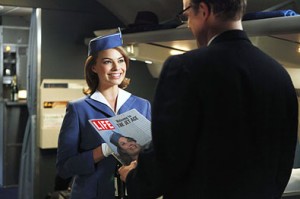 Pan Am (B+)
9 p.m. Sundays, ABC
Anyone calling this a Mad Men rip-off got a rude awakening/pleasant surprise when they saw the pilot. It’s a soap-in-the-skies, but in the best way. The acting is subtle, but it’s not as if everyone has a BIG SECRET. Flashbacks fill in the gaps on relationships, but there’s intrigue in every storyline. I’ll be excited to fly again next week.

This entry was posted in Reviews, Television. Bookmark the permalink.