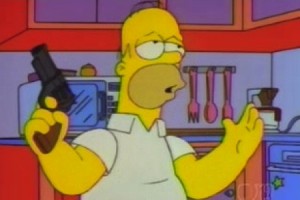 “The Cartridge Family” (A)
One day this episode will stop being relevant. For now, it’s a brutal but hilarious reminder that it’s far too easy for an unskilled, unstable person to get a gun in this country. Keep in mind, this was 1997 when Homer was labeled as “potentially dangerous” for his time in a mental institution, his alcohol addiction and violence against a former U.S. President, which only limited him to three guns. That’s the type of sick joke that John Swartzwelder got away with all the time, and sadly still rings true today. 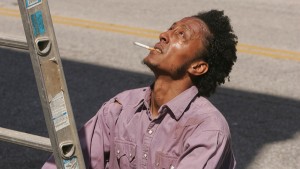 “Straight and True” (A-)
Oh, the irony of the title. No one in this town can ever go straight and true. Not the city council, not the mayor, not the commissioner, not the cops, not the dealers, not the informants, and especially not McNulty. I’m interested in Avon’s homecoming and how he might take to Stringer’s co-op design. As this season has taught us especially, no one adapts well to change.