As you can tell (if you even keep up with the site), I’m a little behind on the major film reviews. So here’s a collection of the major theatrical releases I caught in the last few months, along with a short review.

Rango (A-)
Theater
A tremendously entertaining Western that dazzles without 3-D. Bizarre to its core, Rango will fly over the heads of most children but will still captivate them the old-fashioned way: great storytelling. 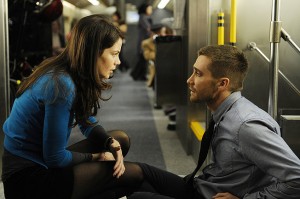 Source Code (A-)
Theater
The best movie I’ve seen so far this year. Jake Gyllenhaal is completely convincing as the Army pilot hand-picked for an excruciating time-travel experiment. Despite the confusing plot, director Duncan Jones infuses his head-scratcher with plenty of humanity, which almost puts it on par with last year’s jaw-dropping Inception. 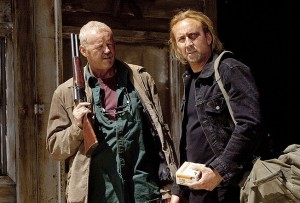 Drive Angry 3D (B+)
Dollar Theater
By almost any standard, Drive Angry is not what you would call “good.” No film starring Nicolas Cage as a Hell escapee could ever hope to achieve such a thing. But this is still the most fun I’ve had at the movies all year, thanks in no small part to William Fichtner. He plays the Accountant, Satan’s bounty hunter. He’s clearly having a great time, and depending on your love of grindhouse pictures, it’ll be impossible for you not to as well. 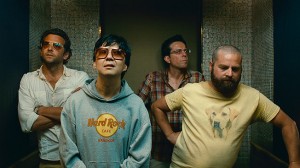 The Hangover, Part II (B)
Theater
I’ve seen this sequel twice now, and while it has few of the surprises the first film had, it consistently delivers the laughs. The story is scene for scene, music cue for music cue, exactly the same, only a little edgier (and I don’t mean that as a compliment). Still, there are a few improvements here: for starters, Phil (Bradley Cooper) is not a complete asshole the entire movie and the addition of Chao (the always hilarious Ken Jeong) gives our crew lots of mileage in a film that could have petered out pretty quickly. Plus, I think it’s now clear to view the two films as halves of one major arc: for Stu (Ed Helms) to stop being such a wuss. 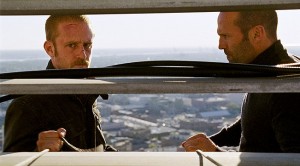 The Mechanic (B-)
DVD
Adequate is the word that comes to mind. This is nothing more or less than a simple revenge thriller with competent direction and not-terrible acting. I wish Jason Statham and Ben Foster (the former great at stoicism, the latter great at potent rage) would have brought a bit more to the table, but The Mechanic is still acceptable late-night entertainment.