Random Thoughts on Orange is the New Black Season 3 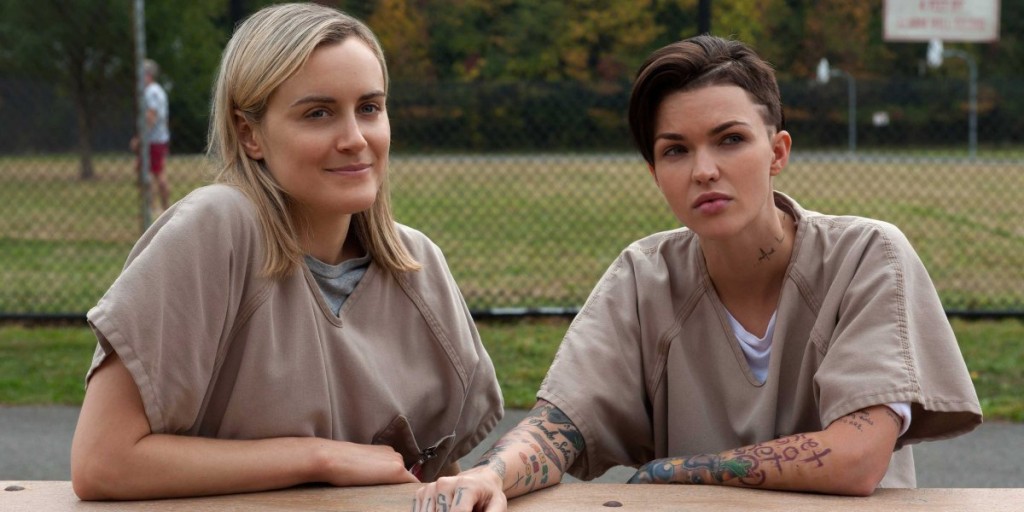 The latest season of Orange is the New Black has been out for more than a month. Have you seen it all yet? I have, and here’s what I thought.

• Who knew that I would empathize with Pennsatucky so much? She went from my most despised to potentially most loved character? She’s so much more complex than she was as the antagonist of Season One.
• Speaking of antagonists, there isn’t one. That led to some meandering episodes, but made this a much richer show. In a broader sense, it’s our joke of a criminal justice system.
• Let’s get out of the way: Ruby Rose is hot. You know it. I know it, no matter your gender or sexuality. I liked Stella. I wish she hadn’t turned out to be a thieving traitor.
• Is Alex dead? I kind of hope so. She’s the worst.
• Soso no longer annoys me. I hope she and Poussey have found some peace.
• Black Cindy converting to Judaism was for-real uplifting. Who knew this season would get so much mileage out of kosher meals.
• Norma is the best. I won’t hear any other word on the subject. (See what I did there?)
• Thank God almighty that Healy and Red did not hook up. I might have stopped watching after that.
• However, having Caputo and Fig hook up was a disgusting but relevant storyline.
• I love Mike Birbiglia. I wish he would come back, but it’s not surprising to see how he quit.
• Given what they did with Bennett and Nicky, it’s clear that this show knows how to write its characters out of the story better than any other show.
• Also, the absence of Bennett made Daya much more sympathetic.
• Favorite flashback was a toss-up between Leanne and Big Boo. The first for shock value, the second for its shading of a very flawed but idealistic character.
• Specifically in regards to Big Boo, there’s a fine line between being unapologetic about your identity and morphing into something akin to those insufferable reality stars who aren’t “here to make friends.”
• The finale, aside from the last 20 minutes or so, was pretty weak. I did like how it peppered in little lines about how the prison was about to double its capacity, but that plot point didn’t reveal itself until the final minute. That should be interesting.
• I hope all the COs come back, especially O’Neill and Bell, my favorite couple. I could watch O’Neill rant about red velvet donuts and sing excerpts from Les Miz all day every day.
• So was Morello only using her male visitors for commissary money, or was she always planning on using them to exact revenge on Christopher?
• Is Healy a shitty human being or just misunderstood? I say it’s mostly the former. He and Caputo both have a problem with demanding gratitude. It doesn’t work that way, fellas.
• The absence of Polly and Larry was a beautiful thing.
• Could this show keep going without Piper? Despite her control of the contraband panty line, I think so. It might even be a better show.