The Weekender: You’ve been ‘Thunderstruck’

Premium Rush (PG-13)
Starring Joseph Gordon-Levitt, Michael Shannon, Dania Ramirez
Written by David Koepp and John Kamps
Directed by David Koepp
Aside from a few blemishes here (G.I. Joe: The Rise of Cobra) and there (Havoc), Joseph Gordon-Levitt has a pretty immaculate track record. So if anyone can make this ridiculous bike messenger-vs.-corrupt cop thriller look as breezy and fun as it could be, it’s Joe.

The Apparition (PG-13)
Starring Ashley Greene, Sebastian Stan, Tom Felton
Written and directed by Todd Lincoln
Get ready for the first of many dreadful horror movies coming out in the next two months. This one features supernatural spookiness caused by what’s referred to as a “college experiment,” whatever that means. All you need to know is its PG-13 rating will keep it from resembling anything scary.

Hit & Run (R)
Starring Dax Shepard, Kristen Bell, Bradley Cooper
Written by Dax Shepard
Directed by Dax Shepard & David Palmer
Look, I’m happy that Dax and Kristen love each other and baby sloths. While they looked like they had fun making the movie, the results look torturous for the audience. The couple goes on the run from the guy’s old gang and there are plenty of prison rape jokes and old-people nudity along the way. Fun, right?

Thunderstruck (PG)
Starring Kevin Durant, Jim Belushi, Brandon T. Jackson
Story by Jeff Farley
Screenplay by Eric Champnella and Jeff Farley
Directed by John Whitesell
This should really be a movie I’m dead set against, considering the body-swapping genre has gone as far as it can (and then extended a few more times), but not even this silly family-friendly comedy can bring down my love for Kevin Durant: former Texas Longhorn, three-time NBA scoring champion, destroyer of men at H-O-R-S-E, all-around nice guy and future NBA Finals MVP. Here, he swaps bodies with a goofy Oklahoma City kid. Hijinks ensue.


360 (R)
Starring Rachel Weisz, Jude Law, Anthony Hopkins
Written for the screen by Peter Morgan
Directed by Fernando Meirelles
Can we stop with the “our lives are all connected” movies already?
PLAYING EXCLUSIVELY AT THE MAGNOLIA

Alps (NR)
Starring Stavros Psyllakis, Aris Servetalis, Ariane Labed
Written by Giorgos Lanthismos & Efthymis Filippou
Directed by Giorgos Lanthismos
Lanthismos’ follow-up to the freaky, critically acclaimed Dogtooth is bound to be just as crazy, but likely less brutal. This story, also about a family of sorts, follows a employees of a company who impersonate clients’ dead relatives to help them as they grieve. You surely won’t see anything else like this in 2012.
PLAYING EXCLUSIVELY AT THE TEXAS THEATRE

The Magnolia: A Cat in Paris (PG) 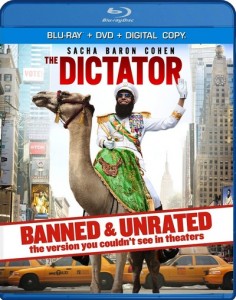 The Dictator (58%)
Abandoning the guerilla filmmaking tactics of Borat and Bruno, Sacha Baron Cohen delivers an equally short, almost-as-potent comedy about global misconceptions, along with as much nudity as allowed. Critics and audiences didn’t turn out, and that’s a shame, because this is one of the funniest movies of the year. Watch out for a running gag involving a severed head. It had me hyperventilating.